On his first attempt rallying in the Far East and his first rally after the massive crash in Finland 2 weeks ago, Ole defeated the odds to comfortably win the rally by 4 minutes ahead of teammate Gaurav Gill. With the win Ole further extends to his lead in the championship points table.

6 stages made up leg 2 of the rally covering a total of 77km. The stages were damp and slightly muddy. Although the overcast sky threaten for a massive down but the rain held on till the end of the rally. In other words, perfect condition for rallying in Malaysia.

After the problem he had yesterday Gaurav Gill drove his MRF Skoda Fabia R5 like he stole it. He battled all day to take 2nd spot from Jari Ketomaa all day and finally took the 2nd spot on the last stage SS14 by a mere 18 second.

Impressive bit driving from Jari Ketomaa to fend off the advancing Guarau Gill but indeed the Skoda R5 is the faster car. He however is pleased with the pace of the cars and looking forward for the next round in Japan. 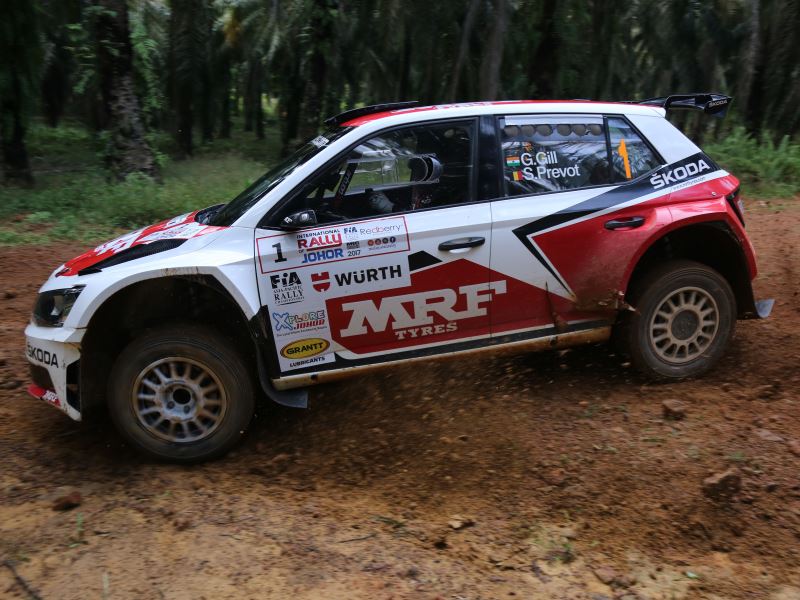 Michael Young scored his best result in recent years when he finished 4th. Yuya Sumiyama rounded up the top on his first drive with the Cuscu Fabia R5. The car requires a different technique to drive flat out, so rather than going for podium positions and risk going off the road, Yuya maintained a constant learning pace to the finish the rally. 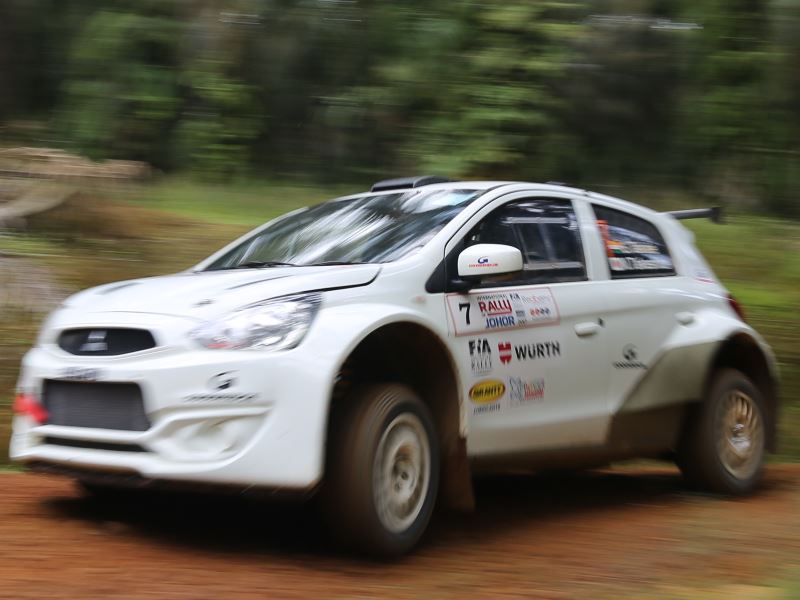 Abhilash PG was the only retirement of the rally. He retired with gearbox failure after SS10. Leg 2 restartes Sanjey Takale and Robert Blomberg finish the leg 2 in 6th and 7th respectively. Both Sanjey and Robert gained valuable experience from the rally. Sanjey learning to drive his new Mirage R5 and Robert learning to drive in the humid conditions of the rally.The prize giving ceremony was held at the Johor Circuit a later in the afternoon the drizzling rain witness by a huge crowd of motorsports enthusiast.

Rally Hokkaido is the next stop of the APRC. It will be held from the 15th to 17th of September.