The extreme heat and humidity for today’s 2017 FIA Asia-Pacific Rally Championship (APRC) at the Tai Tak Plantation here was a challenge for both international, as well as local drivers.

Friday’s heavy downpour in parts of Johor, coupled with today’s hot weather, provided a muddy terrain, making it a very challenging rally for most participants.

It was a true test of man and machine as competitors tackle seven stages over 158 kilometers. The longest stage of the day was the 31.67km Tai Tak-Pipeline stage that was run twice.

“The heat and humidity was extreme and I had difficulty adapting to it and I went off the road,” said Mparts Robert Bloomberg.

Johor’s rally stage has always been known to be fast, flowing and technically challenging routes, with high humidity of more than 80 per cent, and temperatures above 40 degrees Celsius with heavy rainfalls and muddy terrain. 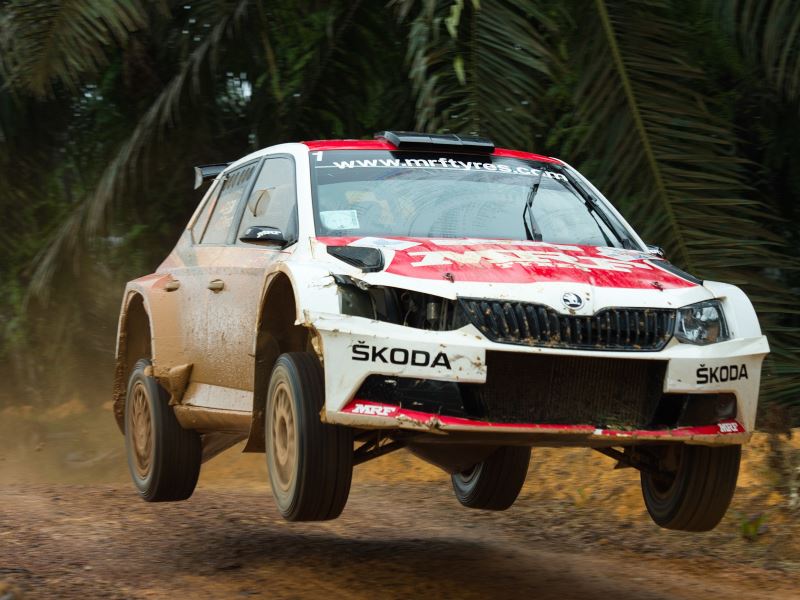 Among the top drivers, Ole Christian Veiby of Norway, described the muddy terrain as being a very challenging rally. “It was a difficult rally for me, I went off a couple of times and dented both sides of my car. I was lucky to get away with it” said the Team MRF driver.

Despite that, reigning APRC champion Gaurav Gill of India could not maintain his overall position after he hit a tree stump which badly damaged his steering. “I hit a tree during the Tai Tak Plantation during the second stage and can’t fight for overall standings,” he said.

For Finland’s Jari Ketomaa, the demanding Tai Tak Plantation terrain took a toll on his car during the early stages of the rally. “The plantation’s terrain was difficult and I broke my car’s driveshaft twice. However, I managed to finish the race with only using two-wheel drive,” said the MParts AB driver.

Japan’s Cusco Racing drivers Yuya Sumiyama and Michael Young were more cautious due to the terrain conditions. “I’m still learning the Skoda R5,” said Sumiyama. Indian driver P.G. Abilash however said that the rally was okay for him despite finding the terrain slippery. 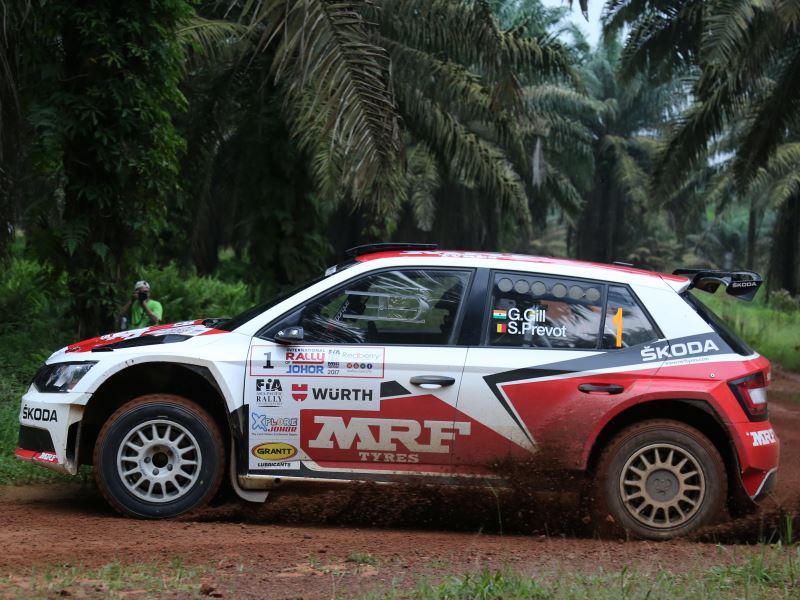 Leg 2 of the The International Rally of Johor 2017 resumes with another loop of 6 stages in Kota Tinggi.