After four wins (Sweden, Mexico, Argentina and Portugal) and a second place at Rally Poland, a third place at ADAC Rallye Deutschland was enough for for former APRC champion Pontus Tidemand to secure the World Rally Championship (WRC 2) with three rallies before the end of the season.

“After a puncture on Saturday we were literally in the middle of nowhere, with a gap to Jan (Kopecky) in front of us and a comfortable margin to the fourth position in the WRC 2 classification. On the last day, it was all about bringing the car to the finish in one piece in order to win the drivers’ title and give the team the reward it deserves,” commented the Swedish ŠKODA driver. 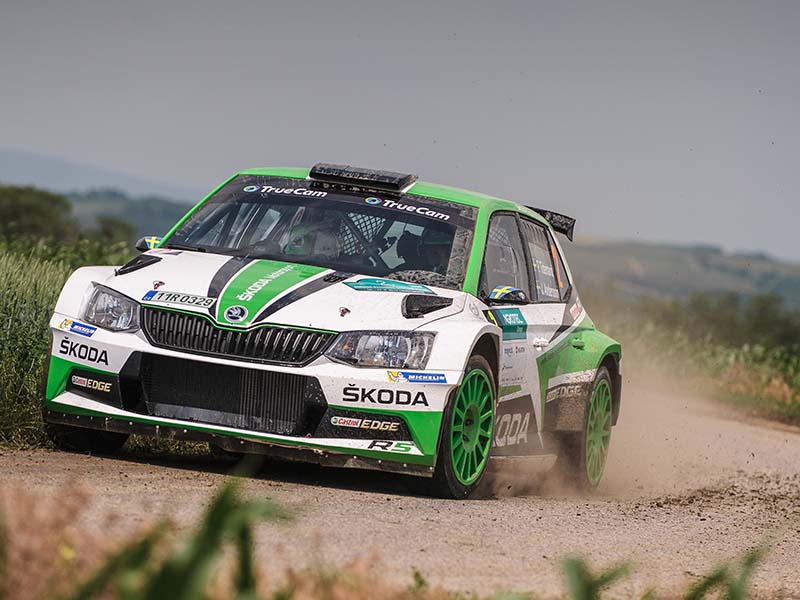 On the podium at Lake Bostal ŠKODA Motorsport boss Michal Hrabánek could celebrate not only the drivers’ title but as well the win of the Team Championship in WRC 2. “I am proud and happy for the whole team. Pontus and Jonas really deserve the title. And our ŠKODA FABIA R5, which so far is sold more than 160 times to customers worldwide, proved as well that it is the best rally car in its category.”