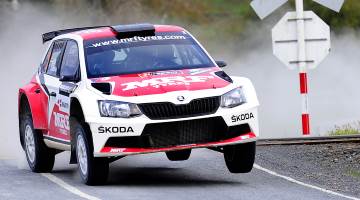 The International Rally of Whangarei, part of the Whangarei Festival of motorsport, will include defending APRC champion and last year’s rally winner Gaurav Gill from India.

Along with other international entrants will be the return of several Kiwi teams to the international grade, including former New Zealand Rally Champion Ben Hunt (Auckland) in a Subaru STi, while Dylan Turner (Auckland) will debut a brand-new Audi S1 car. 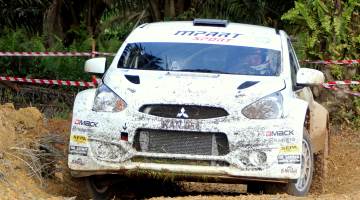 Contesting six rounds for the 2017 title, the Whangarei season opener will be the battle-ground for top-level manufacturer backed teams. Drivers the calibre of Ketomaa and Gill will ensure every second matters as they strive for early dominance and brand superiority.

“The FIA Asia-Pacific Rally Championship is of major strategic significance to ŠKODA as the rallies are run in extremely important growth markets like India and China. On top of that, the demanding gravel tracks are ideal for challenging talented young drivers,” stresses ŠKODA motorsport boss Michal Hrabánek.

The message is echoed by Mitsubishi MPart boss Tomas Weng: “The Asia Pacific Rally Championship provides a great showcase for our Mitsubishi, as it is given parity against cars of the same specification that it wouldn’t otherwise have in the WRC, ERC and some domestic rally championships. Therefore, it is of great interest to us to be able to compete on a level playing field against other cars of similar specification and therefore challenge for overall positions and the championship title.”

A further 54 cars will follow in the trail of the international category cars – including the similar specification AP4+ cars growing in significant popularity. Last year’s national field was headlined by WRC rally winner Kiwi Hayden Paddon and John Kennard. For 2017, it will be the same Hyundai i20 at the hands of understudy David Holder and co-driver Jason Farmer.

The defending Brian Green Property Group New Zealand Rally Champion, Holder’s temporary hold of the car has allowed him to take an early lead in the six round local series having recently won the opening Rally Otago event. Several Mazdas, a Toyota, Suzuki Swift and the Holden Barina of four-time Bathurst winning driver Greg Murphy are some of the latest cars to join the leading-edge of competition. They will be alongside familiar Mitsubishi and Subaru models – as well as many two-wheel-drive specification cars, all chasing their own accolades.

While the competition takes place across 16 closed road sections spread around the region on the Saturday and Sunday, pre-event the teams will recontour the roads in a controlled convoy. From the descriptive notes they create, additional information will be dissected by car engineers to derive an optimum setup for the car to suit the conditions.

They get the chance to test the setup at Friday mornings shakedown – being held at Pohe Island, a short distance from the service park.

Focus then turns to the autograph signing session from 5pm at “The Fishhook of Pohe” river crossing bridge. That is followed by the 6pm cultural welcome and ceremonial start with the first test – the 1km long Hella Pohe Island Super Special Stage to start at 7pm. Run twice, teams complete the evening ahead of the action proper starting early Saturday morning.

Heading north for two loops of four tests, the first starts at 7:26am with the 29.73km Riponui stage. The cars then head as far north as Northland’s Piahia before returning to Whangarei for a midday service break. Repeated in the afternoon the cars get a 45-minute service break at the end of the day before being securely parked for the night at the Toll Stadium. Sunday’s remaining stages take the teams south, covering more familiar territory to some. The day starts with the 22.53km Waipu Caves stage, followed by the 16.46km Waiotira test and the 15.39km Tangihua stage. The cars return to Whangarei for a brief service break before repeating the loop in the early afternoon.

After the final stage the cars return for the 3pm ceremonial finish at the iconic Quayside Town Basin, adjacent to the inner harbour and city centre.

Spectators can enjoy free access to the service park (adjacent to the Toll Stadium, Port Rd side) and ceremonial finish (Quayside Town Basin). Tickets for Friday’s driver signing, opening ceremony and the Hella Super Special Stage start at $20 (under 15-aged kids are free). Spectating day passes for the rural stages cost $10 and can be pre-purchased from the Rally Headquarters (Ground Floor, Toll Stadium, 51 Okara Drive, Whangarei). Paddock parking is available at some locations for a gold coin donation