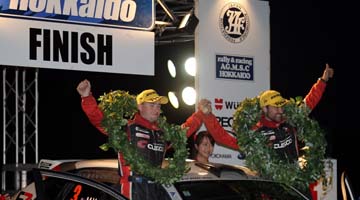 Mike Young has managed to secure third place at the fourth round of the Asia Pacific Rally Championship (APRC) after several close battles, held at Rally Hokkaido in Japan.

After sitting in second place for most of the first day in his Cusco EZY Racing Subaru Impreza, Young fell to third after two punctures handing the runner-up position to Fabian Kreim of Germany in the process, who drives a much faster Skoda Fabia R5.

“We’re happy to hold onto third place, especially when you consider what we were up against. I suppose we were the best of the Group N cars so it’s good for our team,” said Young. “We pushed hard when we could and backed off when it was a bit rough but it’s a good result for Cusco and EZY Racing.” 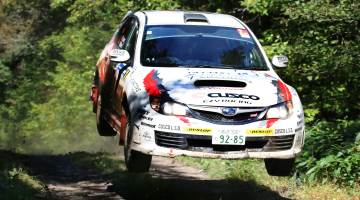 “Plus we really enjoyed the battles with both Fabian [Kreim] and Hitoshi-san [Takayama] but it’s a real shame a flat tyre ended the battle with Fabian. They kept us alert and it was good to be pushed.”

Japanese driver Hitoshi Takayama also vowed to challenge Young for the third place, and managed to reduce the gap at one time to approximately 20 seconds, but Young fought back and ended the rally 54 seconds ahead of Takayama.

Rally Hokkaido is a special event for Young as it’s also the home of his team, Cusco, and meant there was never a dull moment for himself and co-driver Malcolm Read.
“Japan is one of my favourite rallies because the fans are just awesome. They are so passionate and even if the weather is bad, they’ll still make the effort to watch.”
“Plus it’s great to be with the entire Cusco team again. It’s the one time all of us get together and I really enjoy it.” 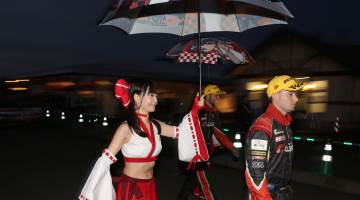 Read echoes Young’s sentiments and added, “The calibre of Mike’s driving continues to impress me. His skill was reflected with the stage times against the R5’s this weekend and it’s great to do it at Cusco’s home event.”

The next round on Young’s calendar is the Malaysian Rally, held in Johor Bahru on October 29-30, which Young said is a “huge challenge”.

“We want to take the fight to the Skoda’s in Malaysia, plus enjoy the warm weather. Malaysia is hugely challenging but I can’t wait,” Young said. “Plus I believe EZY Racing are coming along and it’s always great to have their support as it really helps.”

To keep up to date between rounds visit the Mike Young Motorsport Facebook page.