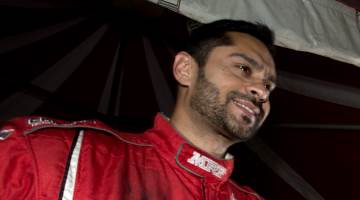 Gaurav Gill has continued his dominant form at the fourth round of the Asia Pacific Rally Championship (APRC) at Rally Hokkaido in Japan, to take his fourth consecutive win this season in his Team MRF Skoda Fabia R5.

After building up a substantial lead against his rivals on Saturday, Gill continued his charge today to finish almost two minutes ahead of his Team MRF Skoda team-mate Fabian Kreim, even though the young German driver won several stages throughout the weekend. 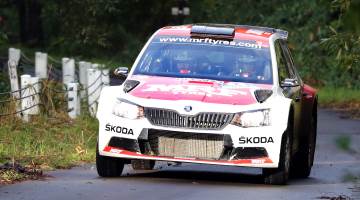 “It’s great to win. Four out of four is awesome,” said Gill. “Everything worked well. The tyres worked well since Saturday when it was wet on the tarmac and I have to thank the team for the good setup.
“It was a very difficult rally because of weather conditions constantly changing. Mornings are all wet, afternoon became all dry, then become pretty rough, so pretty difficult but I’m happy.”

Whilst Kreim is competing in the APRC or the first time in 2016, he has continued to impress by taking his third podium finish this season and now sits second in the championship. “I think we got a lot of experience especially on these very demanding roads with very fast parts and very big ruts. All of the ruts have a lot of loose gravel and compared to the other events, it’s completely new to us and it’s very good for us,” said Kreim. 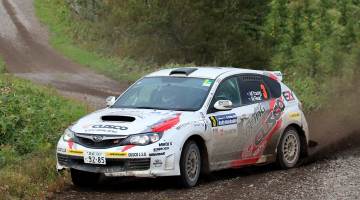 Rounding out the podium in third place was New Zealander Mike Young, whose main focus was bringing home a podium for his Japanese team Cusco Racing. “We’re happy. I guess we were the best of the Group N cars so it’s really good for our team,” said Young. “We pushed hard when we could and backed off when it was a bit rough. We had a few issues with punctures and stuff but it’s a good result for Cusco and EZY Racing.”

Local driver, Hitoshi Takayama, threw down the challenge to Young as he wanted to take the final podium place, but had to settle for fourth after Young fought back. “I am really happy to be here,” said Takayama. “I very enjoy the fight with Michael [Young] but I want to drive faster and better.”

Young’s Cusco EZY Racing team-mate, Sanjay Takale, managed to finish in eighth after what he described as a challenging weekend. “I am very happy. The roads were slippery but I got more confident in the afternoon on both days,” said Takale. 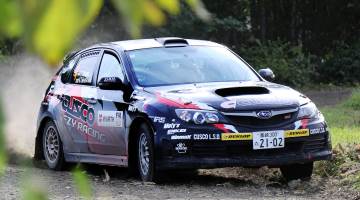 While the overnight positions didn’t change for the top four, many other APRC competitors came unstuck on today’s seven stages including Satoshi Imai, which changed the results significantly. Engine failure forced Imai into retirement in stage 14 after he held fifth place for most of the weekend. His co-driver Jason Farmer said they were “gutted”. Kumiko Koide, Koji Miyamoto and Yuya Sumiyama also retired during the second day due to mechanical failures.

In total, eight competitors in the international field struck trouble during the 198 kilometres of special stages in what proved to be a challenging event for the crews. Interestingly, the two Skoda Fabia R5’s driven by Gill and Kreim won all 17 stages of Rally Hokkaido, making the weekend even more special for the team.

The next event on the APRC calendar is the Malaysian Rally, held on 29-30 October in Johor Bahru, Malaysia.