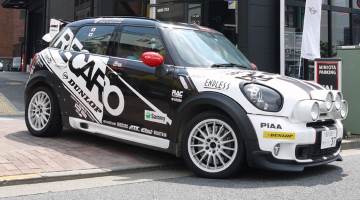 This year APRC Rally Hokkaido, Japan has an excellent entry of cars and one to stand out in the crowd will definitely be the BMW Mini JCW Countryman to be driven by gentle-men racer Koji Miyamoto from Japan who has teamed up with the very experienced co-driver Hisatsugu Okumura to tackle the very fast Hokkaido roads.

It’s a welcome return for Miyamoto who first rallied 2007 in the Thailand Rally Championship and then at 2008 WRC Rally Japan. After spectating on the WRC Monte Carlo earlier this year Miyamoto decided it was time for a return to driving, opting first to run as ‘00’ on a national event, before tackling his first international rally for 8 years.

“I’m looking forward to participating in Rally Hokkaido with the Mini Crossover Rally Team. Although away from Rally for 8 years, I can drive and enjoy Rally Hokkaido fully. Especially I’m looking forward to the gravel roads with MINI John Cooper Works Countryman rally car. I belong to the Explorer’s Club and some members will come to Obihiro to cheer for me. I want to enjoy the rally together with them too”, said Miyamoto as he started his preparations. 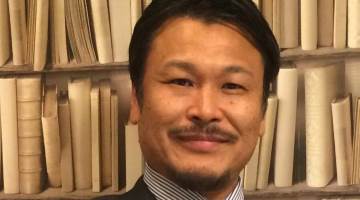 While this will be Miyamoto’s first time in Hokkaido his co-driver Okumura as a lot of experience on the event “ I have 7 times taken part in Rally Hokkaido as JRC. APRC Rally Hokkaido is the first time for me. But I’m familiar with this area rallies by Rally Hokkaido and Rally Japan. It’s like my home ground. I can support Mr. Miyamoto for sure. Our target is complete finish without big trouble”.

Watch out for the Mini Countryman starting at number 20 and looking good with support from Recaro and Dunlop.

Rally Hokkaido is based in the city of Obihiro beginning 23rd September with a Rally Show, followed by 220 kilometres of fast forestry roads and 768 of liaison before finishing 2 days later back in Obihiro.