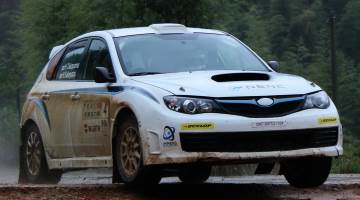 Fourth in the FIA Asia Pacific Rally Cup powered Würth was Japanese driver Hitoshi Takayama, who’s main target in 2015 was the FIA Asia Cup and chose the Malaysian Rally as his first ever international event.

Unfortunately Takayama’s international campaign didn’t get off to the ideal start when his Group N Subaru had a major engine problem during shakedown and while his Immens Motorsports team worked all night to fix the engine, Takayama and co-driver Hideki Takeyabu had to walk over the start-ramp on foot. 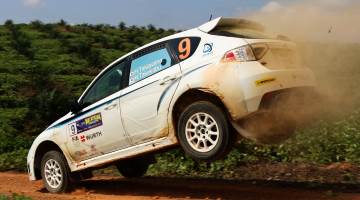 Thankfully the next day their Group N Subaru was back up and running – Takayama quickly on the pace and after the first 3 stages in 4th place. Late in the day Takayma went off the road, probably a result of the late night and dehydration but recovered to eventually finish in 5th place.

With Japan’s Rally Hokkaido next, Takayama was confident he’d be able improve and after Stage 3 was in second place, but lost time on stage 4 with a time consuming puncture, dropping to 11th. The rest of the event was a fight back for Takayama and with a string of second fastest stage times, eventually hauled himself back to 4th overall. 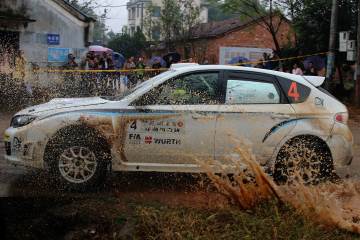 Next up for Takayama was China Rally and as a tarmac specialist was looking forward to the concrete stages. However China turned out to be another wet event, the narrow concrete roads slippery and worse, the gravel sections quickly turning to thick mud. Takayama adapted quickly to the conditions and while others faltered bought his Subaru back to the finish in second place overall.

It’s was a great result considering it was his first international season and even better, shortly after China Rally, when no APRC registered competitors entered India Rally, Takayama was declared the winner of the APRC’s Asia Cup.