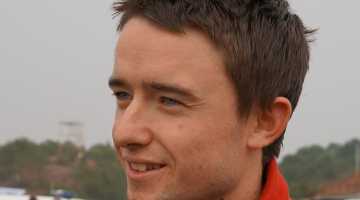 Young says: “To say I’m excited is an understatement, and while we’re totally committed to the APRC this year in a Cusco Subaru Impreza, the dates all work so we’re scrambling now to see if we find the budget.”

The DMACK Fiesta Trophy consists of five European WRC events starting with Portugal in May, followed by Poland, Finland, Germany before finishing in Spain later in the year.

“It’s [Ford Fiesta Trophy series] a great series with lots of variation in surfaces and it is really well run. We checked it out last year during a trip to WRC Germany and were really impressed by the support for young drivers.

“It’s a great stepping stone for sure, but only possible to do this year if we can find the funding,” explained Young. 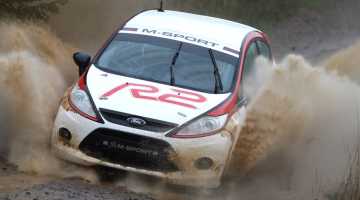 After the issuing the invitation, M-Sports Andrew Wheatley said: “Malcolm Wilson and the DMACK team all agreed that having a driver from the Asia-Pacific championship would be a great opportunity to share the good news of the Fiesta series in that region and we decided to offer the drive to New Zealander Mike Young.

“He’s a driver that shown considerable maturity, finishing second overall in last years APRC drivers championship. Plus he did it in a 1600cc car, which shows he has the ability too. We like his attitude and would very much like to see him in the championship if there is any opportunity.”

The DMACK Fiesta Trophy has an impressive list of former winners that have all gone onto factory supported drives including Craig Breen now a Peugeot factory driver in ERC/WRC2, Elfyn Evans a Ford factory driver, Pontus Tidemand who’s just signed for a manufacturer supported programme and last years winner Sander Parn getting ready for an all expenses paid drive in WRC.

Young and his team will be working hard in the coming weeks to find the funding required for the WRC drive, but also with an eye on the clock as round one of the 2015 Asia Pacific Rally Championship is only six weeks away. 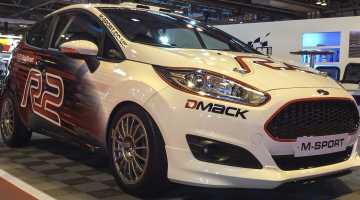 It begins at the International Rally of Whangarei on 17th-19th April where Young will drive a Cusco prepared Group N Subaru Impreza.

“I can’t thank Cusco enough for giving me the opportunity to drive a four-wheel-drive car. They have been amazing throughout my career and I couldn’t do it without their continued support,” said Young.

“I also have to send a big thanks to Dunlop too, as this is the third year they’ve supplied our tyres. In fact the container left Japan yesterday with two cars and packed with over 100 tyres and parts,” continued Young who could be in for a very busy year in 2015.

To keep up to date with Michael Young and his progress, head to: https://www.facebook.com/MikeYoungMotorsport