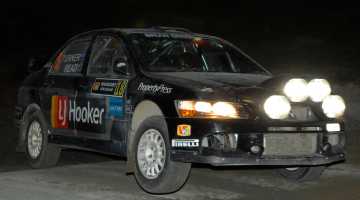 The 2015 International Rally of Whangarei will race into action with a spectacular evening of action in the city on Friday 17th April. A pre rally display, rally start and two runs of the Hella Pohe Island Super Special Stage will provide motorsport fans a fantastic opportunity to see the cars and stars up close and in action throughout the evening.

The International Rally of Whangarei is the opening round of the 2015 FIA Asia Pacific Rally Championship and the New Zealand Rally Championship, and a star field of the best drivers from around the region is set to contest the event.

The Friday evenings activities get underway at 5pm with the entire field of cars assembling in the pre start area on the spectacular new bridge in central Whangarei called Te Matau ā Pohe, or “The Fishhook of Pohe.” Located alongside and over the Hella Pohe Island Super Stage, rally fans will be able to get up close to all the cars and stars before the official opening of the event commences from 6pm followed by the first rally car proceeding over the start ramp at 6.15pm. 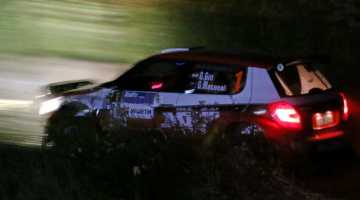 Lights go green at the Hella Pohe Island Super Stage for the first rally car at 7pm, with the field running in reverse seeded order, meaning the events fastest cars will start last. All crews will complete two runs of the Super Stage, racing for the fastest time over the 1.25km gravel course that snakes it way through the William Fraser Memorial Park via sweeping corners, hairpin bends, and under the overbridge, providing several prime viewing positions.

“To have all of the evening’s activity located in one area in central Whangarei is a great way to start the event” commented Laurie Brenssell, Chairman of the International Rally of Whangarei organising committee. “Throughout the course of the evening fans will be able to see the cars up close, meet the drivers, grab an autograph and then shortly afterwards enjoy seeing the cars in action on the Hella Super Special Stage under lights, all in one location.”

Following Friday nights action the rally continues on Saturday heading north for eight special stages on the fast flowing cambered roads the rally is famous for, while Sundays final leg heads south of Whangarei for a further six stages. A total of 282 kilometres of competitive stages make-up the event.