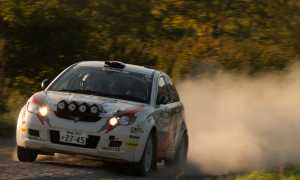 New Zealand rally driver, Michael Young, managed to wrap up the 2014 two-wheel-drive Asia Pacific Rally Championship (APRC) title plus take the lead in the production cup title at the penultimate APRC round held in Japan over the weekend.

Young, joined by co-driver Malcolm Read, said he’s really happy with the result in Japan but adds the final round in China will be incredibly tough as the Kiwi pairing aims to wrap up their third title for the season.

“Winning the two-wheel-drive cup here is amazing. We’ve had such great support from the fans here and the Cusco Racing Proton ran perfectly all weekend. We’re absolutely stoked with the result but know that a big job awaits us in China,” said Young.

At only 21 years old Young has competed in numerous international events and claimed multiple APRC titles, but the Cusco Racing driver will compete in China for the first time in 2014 making his final championship push trickier than his fellow APRC competitors, particularly with the return of previous production cup leader, Mark Pedder from Australia. 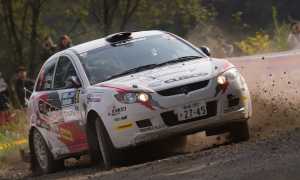 Young said: “I’ve been to the China Rally as a spectator before but never as a driver, so it’s going to be a really difficult event for me. All I know about the roads in China is that there is a lot of concrete and sections of gravel so it gets quite slippery. I’m looking forward to it though and at least we’ll be a little more relaxed than usual going there as we lead the production cup but I know Mark [Pedder] will keep us honest.”

“Obviously we’ll be focusing on the production cup in China with Mark [Pedder] chasing us for the lead. We’ll just see what happens because anything can happen in rallying, but it’d be really cool to move up a place or two in the overall championship too.”

The next and final event on Young’s calendar is the China Rally, held in early November, based in Longyou, Zhejiang Province 400 kilometres south-west of Shanghai, China.

To keep up to date with Michael Young and his team during the rally, head to: https://www.facebook.com/MikeYoungMotorsport