Six teams are entered for the winner takes all FIA Asia Pacific Rally Championship title, being held at the eastern Australian location of Coffs Harbour 25-27 November 2022.

The first time a champion has been crowned since Chinese Taipei driver Lin Dewei and co-driver Le Kepeng won the 2019 Rally of Longyou, it will be an Antipode resident lifting the 2022 crown.

Five entrants are Australian based with New Zealand’s Hayden Paddon and John Kennard the only internationals.

Paddon last drove the region’s roads in 2018 where he finished second overall at the Kennards Hire Rally Australia in a Hyundai i20 WRC.

This time he will be using his three-time New Zealand Rally Championship winning Hyundai i20 AP4. 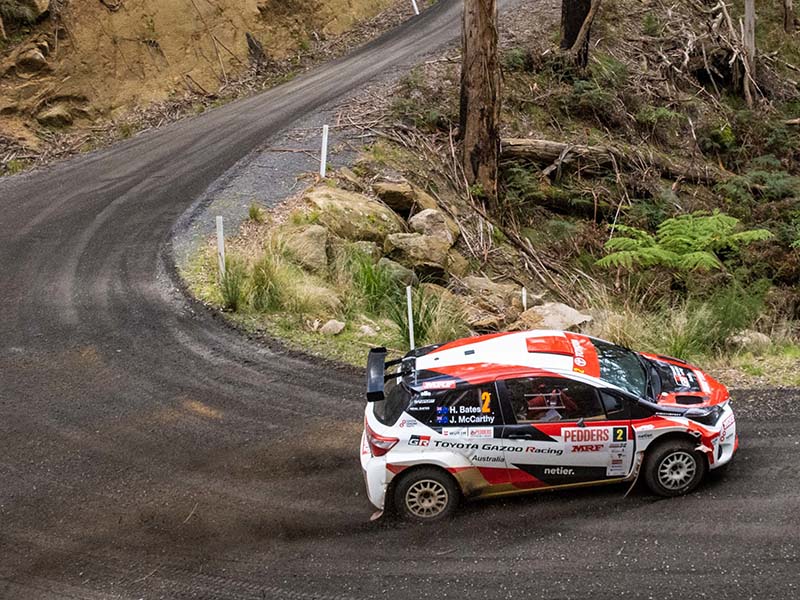 “We’ve got a lot of good history there. The last couple of times we were on the podium in the WRC and it was a rally we always enjoyed. While it’s a different format this year it will be equally enjoyable,” said Paddon.

“I’m aware it’s a winner takes all final, so the pressure is on – we just have to keep it clean and consistent. The Bates brothers will be pushing hard, and we are on their home turf.

“We will also be starting first on the road so will have to adapt to the conditions – as the weather can change it quickly. We’ve seen how it can turn to mud or if its dry – be very dusty.”

There are two R5 specification cars entered with Luke Anear and Alan Stephensen in a Ford Fiesta, along with Daniel Gonzalez and Daymon Nicoli in a Skoda Fabia.

In preparation for the 14 special stages of competition, teams get the opportunity to shake down their cars on the Thursday morning ahead of reconnaissance of the roads in the afternoon.

The rally begins with a ceremonial start at the C.ex International Stadium on Friday from 5:30pm. The first car starts at 7:30 on the Saturday morning for the first eight tests – using many of the roads previously run in the WRC event.

Sunday heads north for three repeated stages with the climax being the Moleton II Power Stage – a 9.07km forest road with no-room-for-error.

Upon returning, the leading team will be provisionally crowned the 2022 champions at the C.ex International Stadium 5pm podium ceremony.