The first qualifying round for the 2022 FIA Asia Pacific Rally Championship (APRC) was a battle of survival with pairing Karna Kadur and co-driver Nikhil Pai winning the event and taking top-points for the Asia Cup.

Only Kadur in the VW Polo R5 and Gill (Mahindra XUV 300) made it to the finish, accruing points toward the Asia Cup. 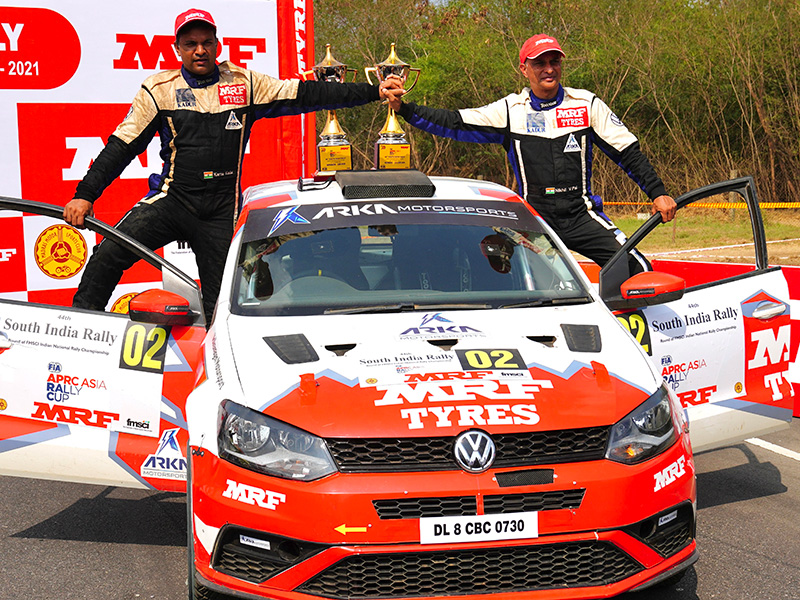 Gill became an early casualty on the Saturday when the lower arm broke in his Mahindra, while Kadur endured a stage-long puncture and broken windscreen. Then on Sunday had an issue with the rear-hatch as well as a lower-arm bush issue.

Ghosh and Ilyas encountered mechanical failures on the Sunday, when running second and third, allowing Gill to claim their points haul.

Gill has also confirmed his commitment at challenging for a fourth title: “I am back into the APRC and have registered for three rounds. I will take part in the Japan round for preparation and then the final round in Australia,” said the 40-year old.

The second qualifying round and Asia Cup will be held 10-12 June at Japan’s Rally Montre.