He may have won more stages than any other driver, but New Zealander Mike Young’s dream of becoming the 2019 FIA Asia Pacific Rally Champion came to an abrupt halt on stage 4 when his Cusco TRD C-HR stopped with an electrical problem.

Young and co-driver Malcolm Read were locked in battle with eventual winner Chinese-Taipei driver Lin Dewei – swapping the lead on each stage and with just seconds separating them. Unfortunately, without warning Young’s car lost power and he and Read were forced to pull over and retire.

With the Toyota C-HR fully repaired Young restarted on Day 2, winning all stages par one. Their efforts were enough to haul themselves back onto the leader-board and register enough points to win the FIA Asia Cup and FIA Junior Cup. 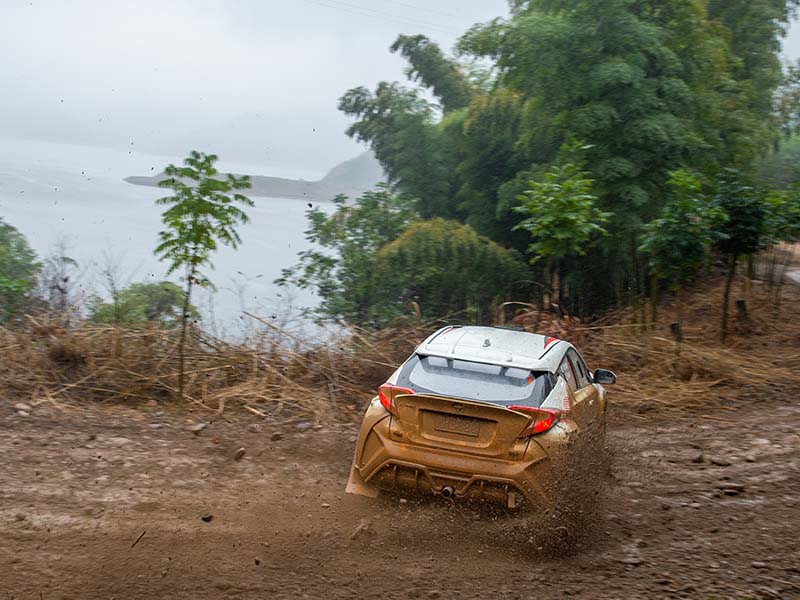 “Not the result we were hoping for, I wanted to be the champion at the end of this rally – the consolation is winning Asia Cup (for a second time) which is good. This car is new, its only its second rally so you sometimes have these little problems. In terms of the year we haven’t made any driver mistakes and out of the four (APRC) rallies, we’ve been in the lead of the three of them. We’ll be back again next year”, said Young prior to the finish ceremony.”

Young’s next event is WRC Rally of Australia, 14-17th November where he will drive an AP4 Peugeot 208 run by the Race Torque team, supported by Dunlop Japan and with co-driver Scott Beckwith.