China Rally made a welcome return to the FIA Asia Pacific Rally Championship and, as always, the Longyou based event (400km SW of Shanghai) proved a huge challenge with a mixture of super-fast concrete roads and twisty narrow mountain tracks.

With the APRC and CRC fields combined the stage was set for an epic battle between the newly crowned APRC champion Cusco Japan team with cars from Skoda and Toyota, up against the best from China with teams from Volkswagen China and Subaru. 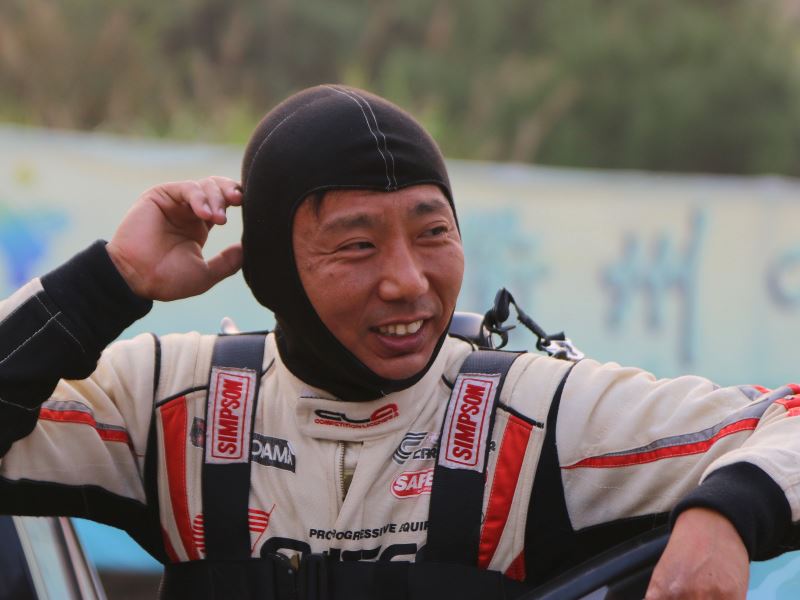 After wrapping up the driver’s, teams and manufacturer’s championship at their home event in Japan, the Cusco team came to China determined to continue their unbeaten record of APRC wins with Skoda driver Yuya Sumyama and also hoping to get another finish for their development AP4 car a Toyota Vitz driven by Mike Young.

Unfortunately Cusco’s China Rally did not start well with their container stuck in the Shanghai container port for several days, after the ports computerised tracking system suffered a massive software failure. The container was only released after the organisers went to the port and convinced the port authorities to do a special manual release. Nevertheless the team were faced with completing a week’s preparation work in less than 2 days. 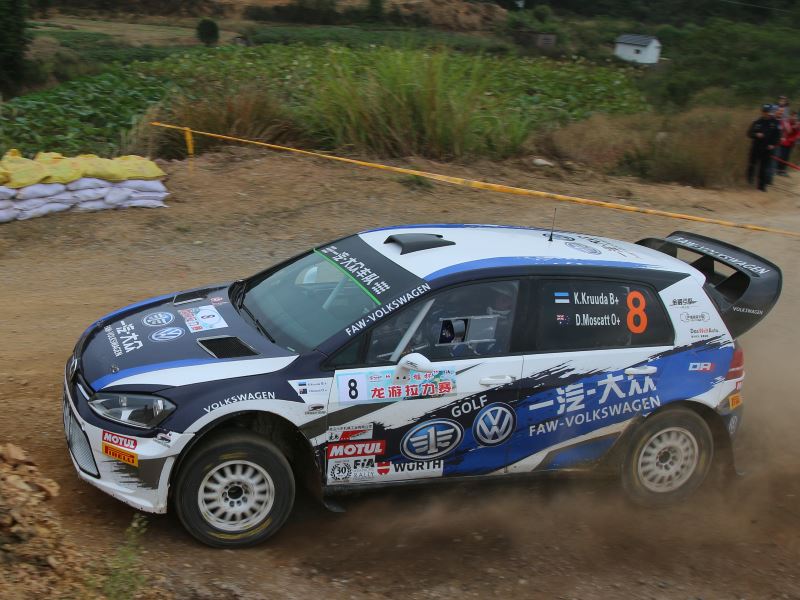 After the start ceremony in Longyou’ s Rongchang square the first real competition was the super-special outside the city won by Estonian driver Karl Kruuda in a FAW Volkswagen Golf, with Sumiyama second in the Cusco Skoda. Next day’s first concrete stage was where Kruuda stamped his mark a full 20 seconds quicker than Young in the Cusco Toyota.

Young’s time was quick enough to move him into second place, but on the next stage San Men Yuan, a mountainous gravel stage his Toyota engine started to overheat.

The Kiwi crawled to the finish, through stage 4 and managed to get the Toyota back to service where the team did their best to fix the problem. Young and co-driver Malcolm Read started stage 5, but pulled over and retired at the mid-point.

San Men Yuan was almost the undoing of Young’s Cusco team-mate Sumiyama too. Half a kilometre into the stage, the Japanese driver spun his Skoda backwards into a bank, sufficiently hard to break the rear suspension. Luckily Sumiyama had the right spares in the car and replaced the broken parts, although he lost over 25 minutes, dropping to 21st place and came close to running into lateness.

Heading into stage 4 Kruuda lead by over minute but then midway through the stage he arrived at a corner and found he had no brakes. Luckily there was a narrow escape road between the paddy fields. With co-driver Dale Moscatts help he managed to get himself back to the rally route and continue, but the delay cost him the lead.

At the lunch-time service the top three were separated by just 4.1 seconds with Lin Dewei driving for Subaru Rally Team China, ahead of Kruuda by 2.7 seconds with Subaru China driver Fan Gaoxiang third. 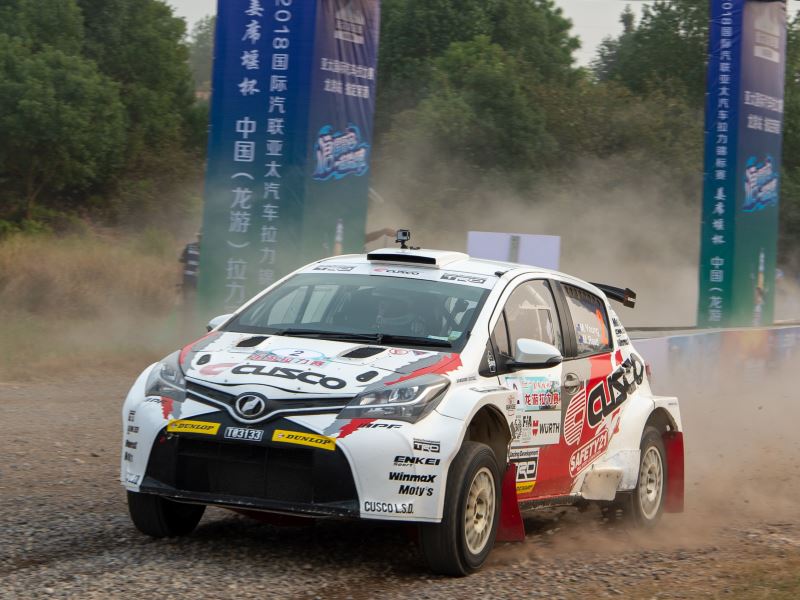 Kruuda responded on the all concrete 22 kilometre Stage 5 to take the lead back by 20 seconds, increasing that to 1 minute and 5 seconds by end of the leg. Subaru drivers Dewei and Gaoxiang were 2nd and 3rd respectively with Chen De’an in the second FAW Volkswagen Golf 4th. 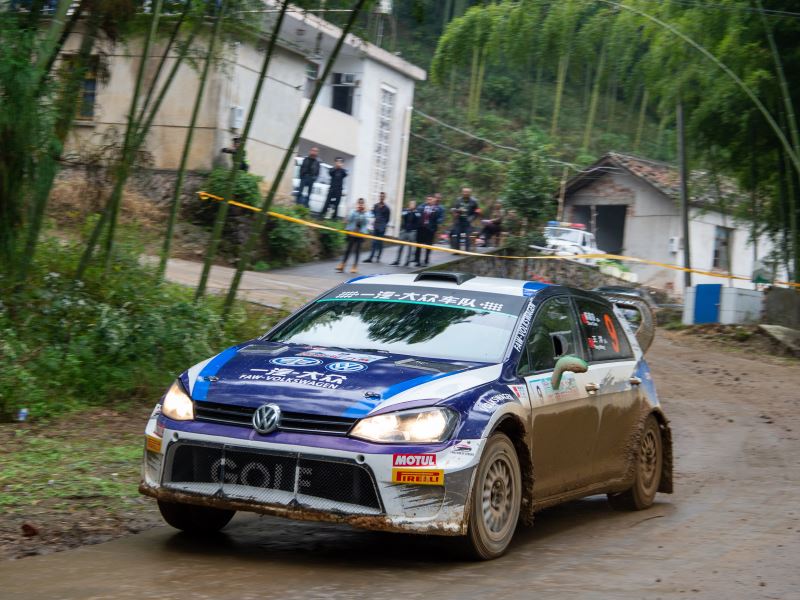 The next morning things got interesting when first Dewei dropped down the order to 5th after turbo failure, then the second time time through the 25 kilometre Da Jie stage Gaoxiang got a puncture that cost him over two minutes. Gaoxing’s delay moved De’an into second to complete a FAW Volkswagen 1st and 2nd finish.

Sumiyama ran the rest of the event with no problems and consistently posted top 3 times, hauling himself back to 16th place overall and winning the APRC category for the 5th event in a row.

Back at the Longyou finish Kruuda was presented with winners trophies and the APRC Würth prizemoney, while Sumiyama’s team left with the FIA drivers, Co-drivers, Manufacturer’s championship, the Asia Cup, the Würth Cup and Teams Cup.