Three R5 Skoda Fabia’s in the top four says a lot about the what kind of car a driver needs on these rough rocky roads and it was Eli Evans who currently leads the Netier National Capital Rally in Canberra. Driving a Racetorque prepared Skoda Fabia R5, Australian Eli Evans drove faultlessly all day, and ended the day with a 46.3 second lead over Steve Glenney’s Subaru WRX STi.

Canberra’s rally has always been an event of high attrition and driving to survive, finding a fast pace that won’t break the car – today first leg was no different.

The top 4 cars in the Netier National Capital Rally may have had some minor dramas, but nothing compared to those that followed behind. 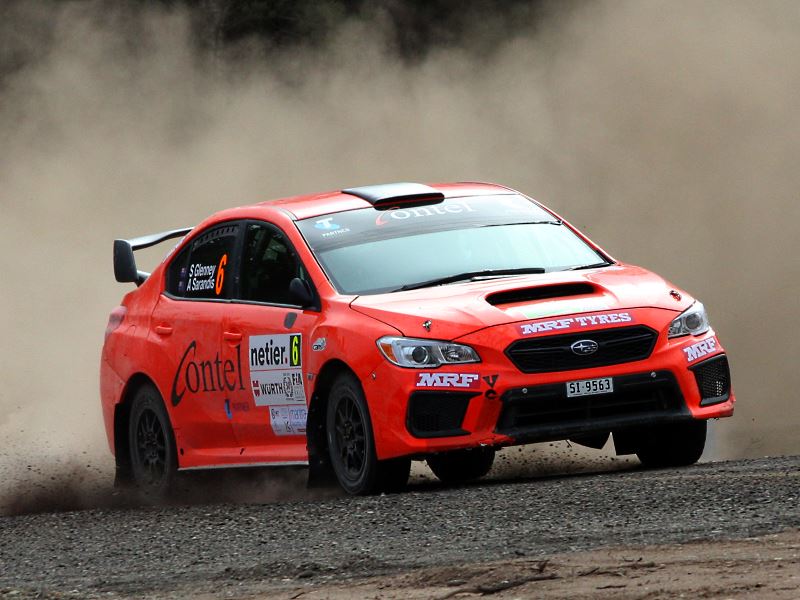 Evans was happy with his day, despite the extremely rough conditions. “It was a tough day. The roads were very rough and even the R5 struggled with the bumps,” Evans said.

Glenney’s second position is nothing short of amazing considering he’s essentially driving a production Group N car, while those all around him are in Skoda R5’s. Adrian Coppin is third at the end of day one, after a relatively trouble-free day in the second of the Racetorque Skoda R5’s. 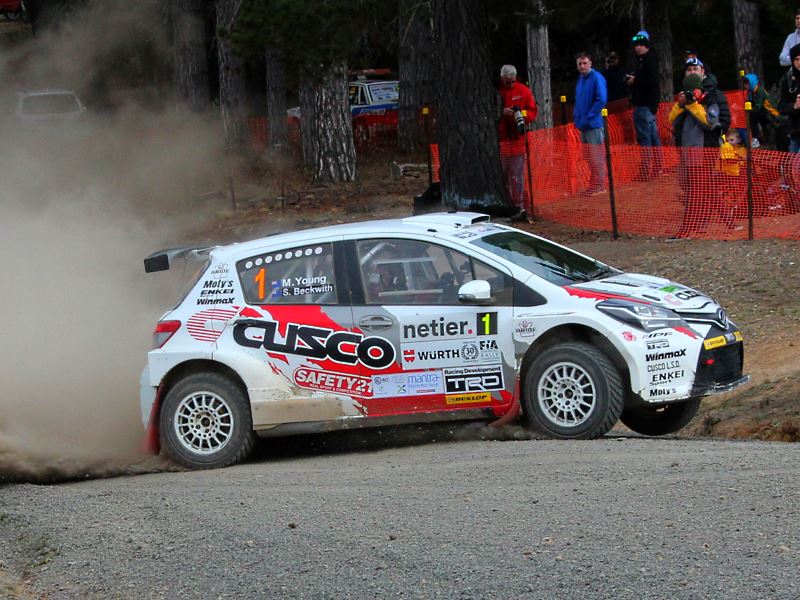 “The car is amazing. It’s super easy to drive,” Coppin said. “I like the stages tomorrow, so hopefully we can have a good run and put the pressure on Steve (Glenney).”

In fourth place and leading the APRC category is Japan’s Yuya Sumiyama in the Cusco Skoda Fabia.

Apart from a puncture in the morning Sumiyama had a trouble free run. “Afternoon stages were good for me and I’m happy with my position”.

Mike Young in the Cusco Toyota Vitz is fifth overall and second in APRC, however the New Zealander had several issues through the afternoon including a puncture that required a change mid-stage loosing over two minutes then a down on power engine. “It was frustrating afternoon in many ways but I’m happy we got the car back to service and now the Cusco and TRD engineers are trying to find the problem”, said Young.
A blown turbo in his Toyota Yaris AP4 ended Harry Bates chances of a good finish but the team were confident he’d be back to full speed tomorrow.

“It’s disappointing. I looked at the split times from the stage before the problem, and we were up on Eli and the rest of the field,” Bates lamented.

“The team are going to try to fix the car tonight, so hopefully I can get back out tomorrow and try to salvage some points.” 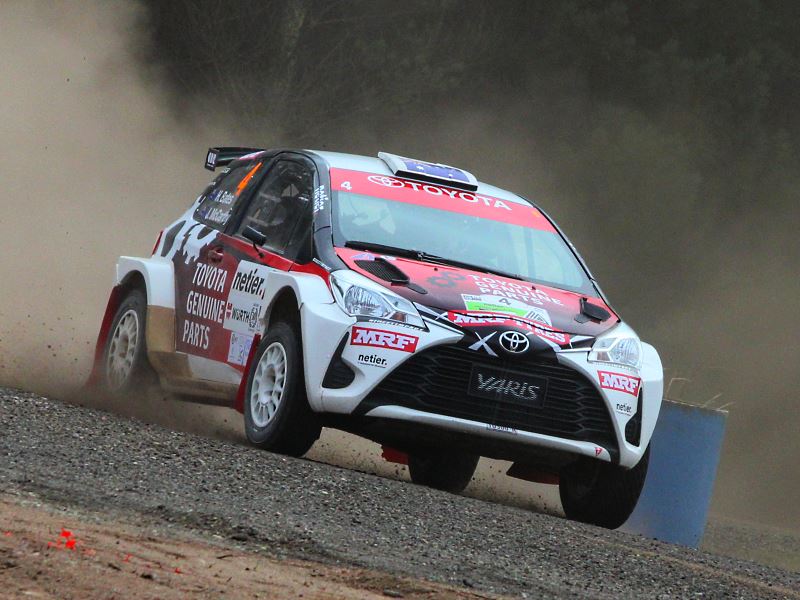 Seventh overall is Subaru’s Molly Taylor after a difficult day, with punctures, multiple bent rims and then on the last stage hitting fence post in the dust following another competitor, after stopping for yet another puncture. 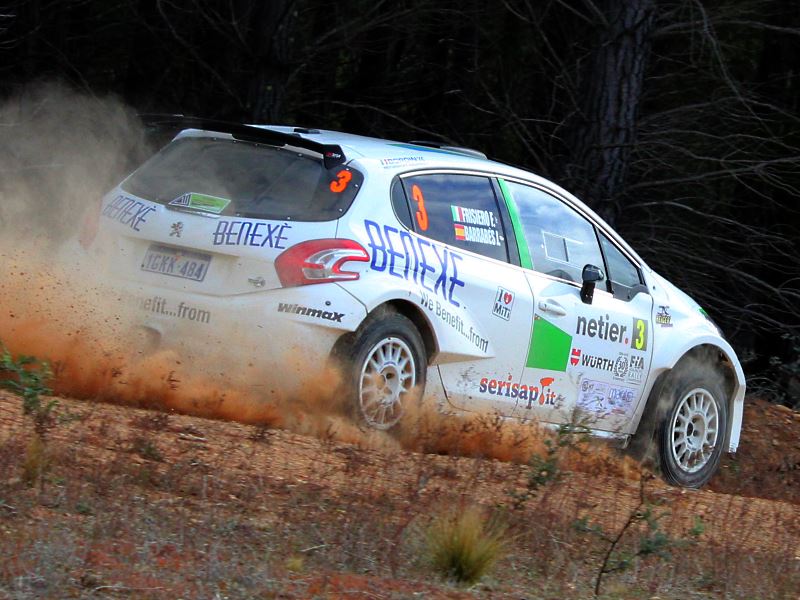 Italian driver, Fabio Frisiero, retired on the day’s third stage in his Peugeot AP4 after a heavy landing damaged the radiator. While disappointed to retire so early, Frisiero stopped soon enough to save any damage to the engine and will restart tomorrow.