The Netier National Canberra Rally brings a diverse array of cars and crews to the forest roads that ring the Australian capital. Along with the WRXs and EVOs that reigned supreme during the Group N era, this year the leading crews will feature a trio of R5-spec Skodas and a pair of Peugeots.

But the most interesting battle may be between two Toyotas; in one corner the TRD/Cusco-prepared 4WD Toyota Vitz, and in the other corner the Neal Bates Motorsport AP4-spec Toyota Yaris. The same donor car built to similar regulations, but from very different perspectives.

Mike Young’s Cusco Toyota TRD Vitz is brand new, debuting at the opening round of the APRC in Whangarei. The Vitz runs under ASN regulations but is broadly based on AP4 specifications. The main deviation is the TRD-developed 2L turbo-charged Lexus engine, the benefit of which is offset by a 33mm restrictor and a higher minimum weight. 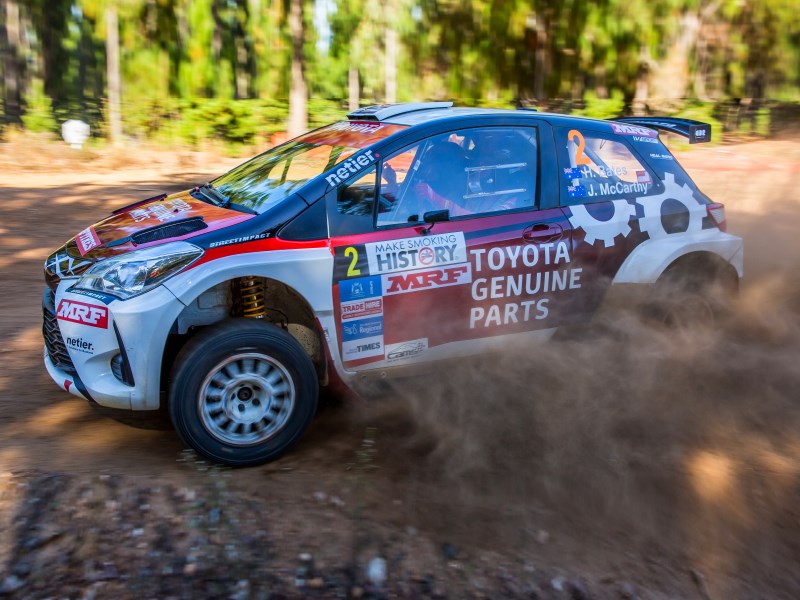 And although we only saw the Vitz complete five special stages at Rally Whangarei, it showed plenty of speed. Even while wrestling handling problems that lead to a spin and eventual retirement, Young completed Saturdays opening 30km stage just over 40 seconds behind the Hyundai i20 AP4 of current WRC driver Hayden Paddon.

But he beat the rest of the field, which included Emma Gilmore’s well-sorted Suzuki, Matt Summerfield’s Mirage AP4 and Ben Hunt’s WRX, all of who currently sit in the top-4 on the New Zealand Rally Championship.

In the other corner is Harry Bates in the Neal Bates Motorsport Yaris AP4. Neal Bates has an impressive track record of building and developing championship winning Toyotas. From 2006 to 2009, Bates-built Group-N(P) and S2000-spec Corollas dominated the Australia championship. The Yaris’ engine started its life as the 1.8L naturally aspirated Corolla Sportivo power plant. A reduced stroke achieves the AP4 1.6L engine capacity, while a Garret turbocharger pushes the power output to 224kW.
Having debuted at last years Rally South Australia, the Bates Yaris is also new with only four events under its belt. Like the Vitz, mechanical issues saw the new car DNF on debut. But Harry Bates then took the car to its maiden victory at the Victorian round of the Australian Rally Championship in March, and after crashing out of the first leg of the Forest rally in April, fought back to claim second place on day two.

“I’m definitely looking forward to the challenge of going up against Harry and the Bates Toyota AP4”, Perth-based Mike Young commented. “It’s a good level playing field to see how the Cusco TRD Vitz compares. We saw in Whangarei that its just as fast as the more developed AP4 cars in NZ.” 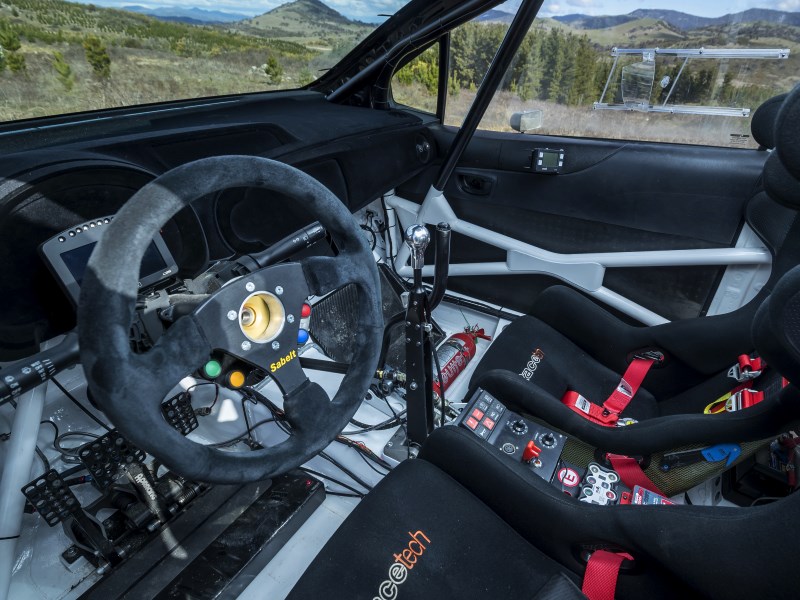 But will the need to get the new Vitz to the finish (not to mention kick-start his own APRC title chase), force Young to take things a little easier in Canberra? “I must remember that our mission is to test and develop the car for a full assault on the championship in 2019. I am rally driver though!” 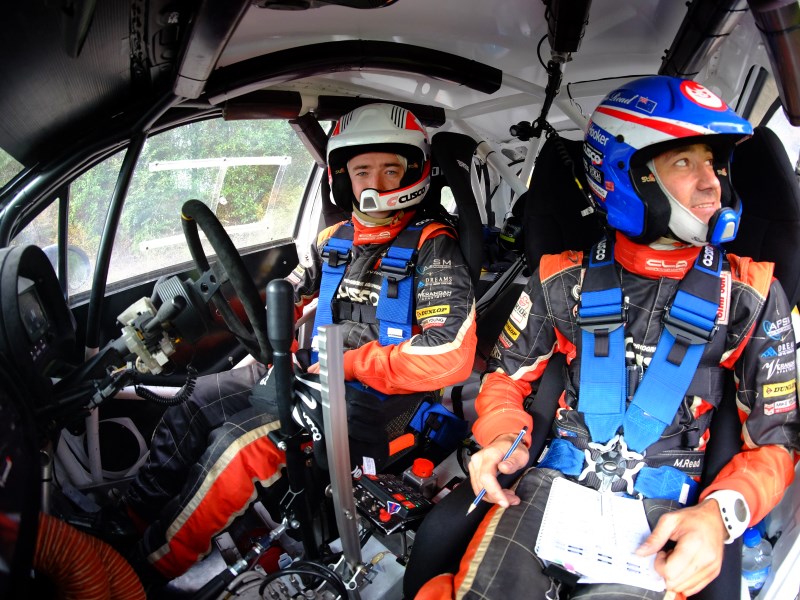 “Unfortunately the spin we had in Whangarei put a hole in the radiator which lead to the water running out. The engine then over heated and we were forced to stop. Our Cusco Racing team has already replaced the TRD engine with the new one. For us Canberra will be about finishing the rally and gaining some good knowledge about the car. Everything is so new. The rally is quite rough in places. Finishing the rally will be a good way to thank my team for all the hard work they have put in.”