Kiwi rally duo Mike Young and Malcolm Read are ready to tackle the prestigious Kennards Hire Rally Australia, the final round of the World Rally Championship (WRC), this weekend after test driving their Citroën DS3 R3 for the first time yesterday.

Even though Young hadn’t driven the car until Monday, he is determined to push for a good result after a successful testing session on roads around Coffs Harbour in northern New South Wales where the event is based.

The car, prepared by Rallyhire Australia and managed by Ron Cremen is a front wheel and left-hand drive car so while Young says “there is some adjusting to the style of driving,”, it is a setup he is familiar and feels confident with

“Ron [Cremen] and the team have prepared a fantastic car. From the very first run I felt good in it and it handles very well. I haven’t driven a front-wheel-drive car for a while so I have to adjust a bit, but this has lots of power so that helps a lot,” said Young.

“I am actually quite excited to get behind the wheel of the Citroën on Friday. Doing this event has always been a goal of mine and finally being able to do it with such a good car and team is like a dream come true.”

The pair are entered in both the WRC and the local Australian Rally Championship (ARC) fields, giving them the opportunity to benchmark themselves against some of the best from around the world. However, they are also excited about going head-to-head against some of their friends at the iconic event. 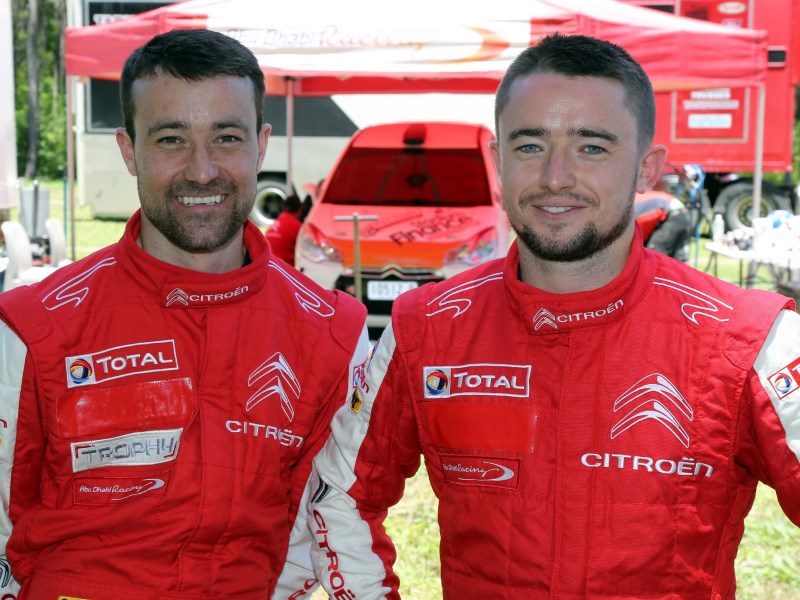 “It’s awesome having so many other Kiwis here,” said Young. “There are so many spectators and supporters that have made the trip here plus of course some of the officials and other competitors are from home [New Zealand] too. So that makes it even better for us,” said Young.

“We [Young and Read] also want to wish our fellow Kiwis the best of luck this weekend including Hayden [Paddon].” However, the rally could be tricky with some rain predicted during the lead up to the event which could make the conditions hard to read.

“We are expecting a bit of rain but at the moment the roads are really dry. The first pass through the stages should be good, although maybe a bit slippery and the second run could be quite rutted which makes everything a little bit harder,” explained Young.

“But Ron [Cremen] knows these roads and conditions well so we’re sure we can figure out the best setup and tyre combination for each day which will be a huge help.”

Team manager Ron Cremen said he’s happy with Young after seeing him in testing and added: “I’ve watched Mike’s progress in APRC and its an ideal time for him to move to the World Rally Championship. Plus the Citroën DS3 R3 is the perfect car for this event so we’re really looking forward to seeing how they perform.”

Kennards Hire Rally Australia formally starts with the rally show in the Coffs Harbour town centre on Thursday at 4.00pm. Racing starts on Friday morning and sees crews compete across a total of 318 kilometres over three days. Fans can follow Young’s progress, and support his campaign by purchasing MYM merchandise through his Facebook page (www.facebook.com/mikeyoungmotorsport).