Ole Christian Veiby is ready for a real thriller in the fight to secure his first international rally title. If he wins the last round of the Asia-Pacific Rally Championship (APRC) in India, he will be the overall champion.

The final round of the APRC in India is set to be really exciting. Ole Christian Veiby and his Indian Skoda Motorsport team-mate Gaurav Gill are the two fighting to win the championship title. Although Gill is leading ahead of the last round, they are separated by so few points that the one to win the event, is also the APRC overall winner.

“This is definitely the most thrilling rally this season – and without a doubt the most important in the APRC. I’m extra excited this time, said Ole Christian Veiby, who is all smiles when talking about the Indian event.

The 21-year-old and his co-driver Stig Rune Skjærmoen arrived in India on Sunday night central European time. The rally base is located in the city of Chikmagalur, around 250 kilometers north of Bangalore. 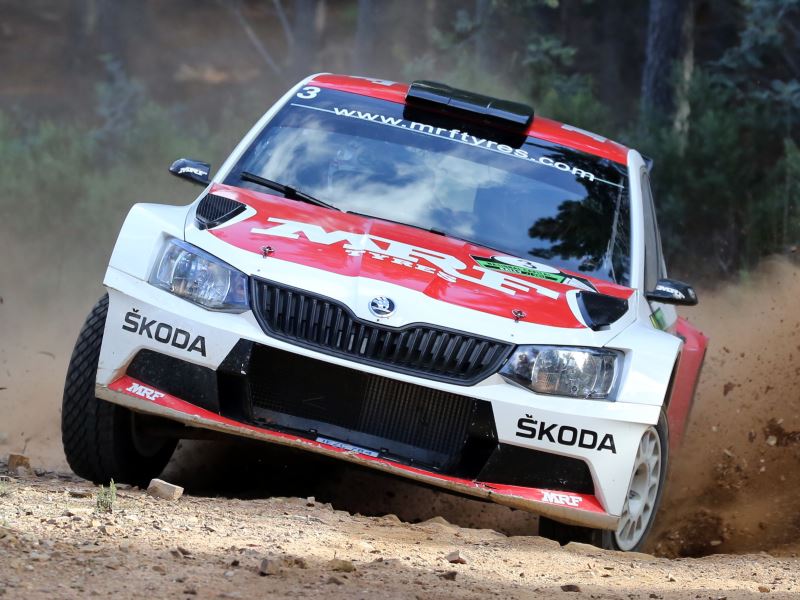 “I’m in no way stressed about this, even though victory is the only thing that matters. I feel like the biggest pressure is on Gill. He is leading the championship, is the ruling champion, is on home soil and has everything to lose to put it that way. Throughout the season, I have shown that I am the fastest of us and I’m planning on proving that this weekend” said Ole.

The strategy is as simple as it is difficult.

“Since the winner will be the champion, flat out from start to finish is the only way to go” he said.

The Norwegian knows very little about what awaits him in India, just like when he came to the other rounds in the APRC. That is obviously a challenge in itself.

“In that way, Gill has an advantage, but he has had that at the other events as well. All the rallies have been unknown for me while he has previous experience. So I’m not bothered by it” said Ole.

Although the two competitors will fight against each other for the title this weekend, Ole explained that they are on a friendly basis and keep in touch.

“It’s not easy to stay in contact due to the time difference, but we get along well and talk a bit between the events. We have a great respect for each other” he said.

Ole will have a small test to get a feel for the Indian roads in addition to shakedown and believes that he is as well prepared as he can be.

“I have driven a lot on gravel this year and feel very comfortable both with the car and the surface” said Ole.