It comes down to the wire, two drivers with equal cars and equal chances – its winner takes all! The 2017 FIA Asia Pacific Rally Championship will be decided at this weekend’s final round, the Coffee Day India Rally.

And it’s perfectly poised with local hero and current APRC champion Gaurav Gill, having to fight all season with his young team-mate Ole Christian Veiby from Norway – after four events just 6 points separate the two team-mates.

Both MRF Skoda drivers come into the event with various advantages. Gill on home soil will have a multitude of local fans to cheer him on and of course he knows the twisting mountain stages like the back of his hand.

Veiby with no experience of the stages or even life in India is fresh from recent rounds of the World Rally Championship – he’s had plenty of ‘seat-time’ and as an official Skoda driver is very familiar with the Fabia R5.

It’s all set then for a classic battle. 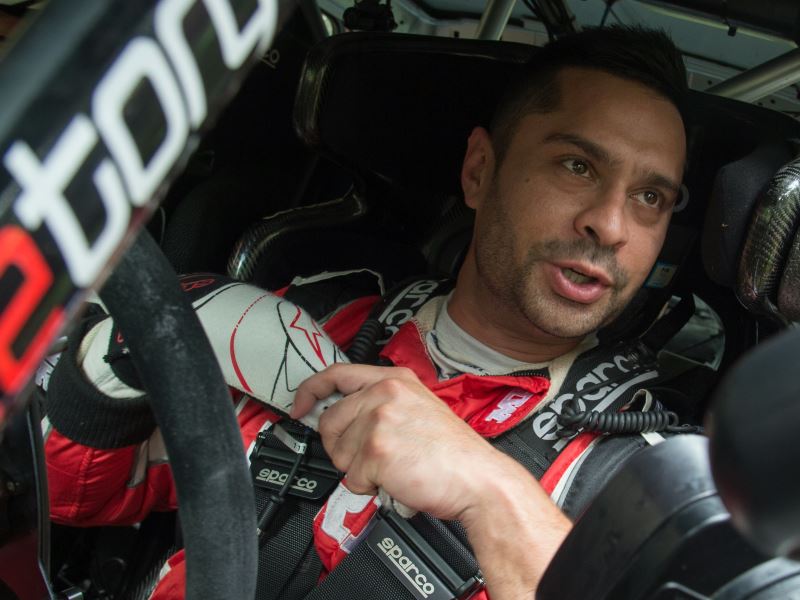 “It has gone down to the wire, which is very exciting. I’m not here to finish second; I’m here to win. I have driven in this rally a few times before, so it is a bit of an advantage. But the stages have changed over time. It used to be very narrow, and now it is much wider,” Gill said, at the rally’s media conference held in Bangalore on Tuesday.

Veiby, from Norway, explained, “I have to attack in every stage. It is going to be a hard fight between Gill and I. I will be competing in the Coffee Day India rally for the first time. “Actually this is my first time in India, so everything is new. I’ve never seen traffic like this ever before. Before we talk about my plans for the rally, let’s see if I can handle this traffic first.”

India’s PG Abhilash of Team PGA Motorsports and currently leading the APRC production class will start in 3rd place driving a Subaru Impreza WRX Sti. After retirement in Malaysia his team have been working on repairing his gearbox and rear diff.

Next up is New Zealander Mike Young fresh from victory in the 2WD class at last weekend’s WRC Rally Australia driving a Citroen DS3. Young continues the 2WD theme, switching to a locally run Volkswagen Polo for India with support from Dunlop, Motul and Volkswagen Motorsport India.

“I drove here last year in a Group N Subaru Impreza that’s a very heavy and large car, whereas the Polo will be lighter and more nimble on these extremely tight plantation roads”.

The 2017 Coffee Day Rally of India runs over 17 special stages totalling 225.42 kilometres on small, tough gravel roads on the coffee plantations around Chikmagalur in the southwest of India (250 km west of Bangalore).

The rally starts on the afternoon of Friday (24 November) at the Amber Valley residential school with a spectacular show stage, witnessed by ten thousands of enthusiastic rally fans last year. The winner of the Coffee Day Rally of India will cross the finish line on Sunday around 3pm local time at the podium on the grounds of Coffee Day Global at Chikmagalur.