Is the battle for the APRC drivers championship over?

After such a big build-up to what should have been a classic battle between the MRF Skoda team-mates, Norway’s Ole Christian Veiby unfortunately had a major transmission problem on stage 2.

“Somewhere in the day’s first Stage today, I heard some noise and then lost the front-wheel drive. It was very difficult thereafter and worse still, my car was stuck in third gear. My co-driver Stig (Rune Skjarmoen) had to use the handbrake for me. We spun a few times too.

With only rear-wheel drive Veiby limped through the next 6 stages making it back to mid-day service where the Racetorque and Skoda mechanics did an amazing job changing the transmission, clutch, air-filter box and renewed a front corner suspension – all in the 20-minute service!

With a 16-minute deficit to his team-mate Gaurav Gill, Veiby may have to settle for second and that’s not enough to win the APRC drivers’ championship. 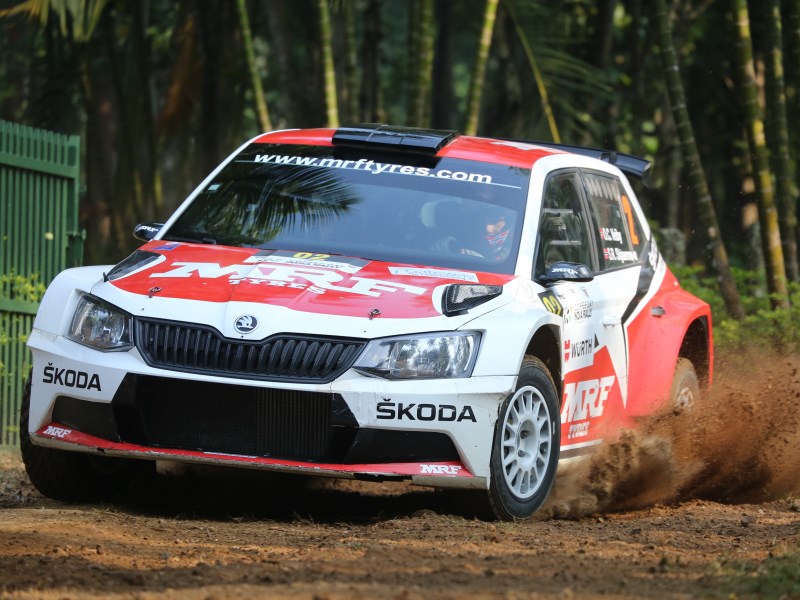 Current champion Gill was looking forward to the battle with his team-mate, however the Indian driver has been around rallying long enough to know nothing is for certain until the finish-line and the twisty plantation roads have their own challenges “Its unbelievably slippery, like driving on ball-bearings, absolutely unbelievable” said Gill at the finish of the morning loop. 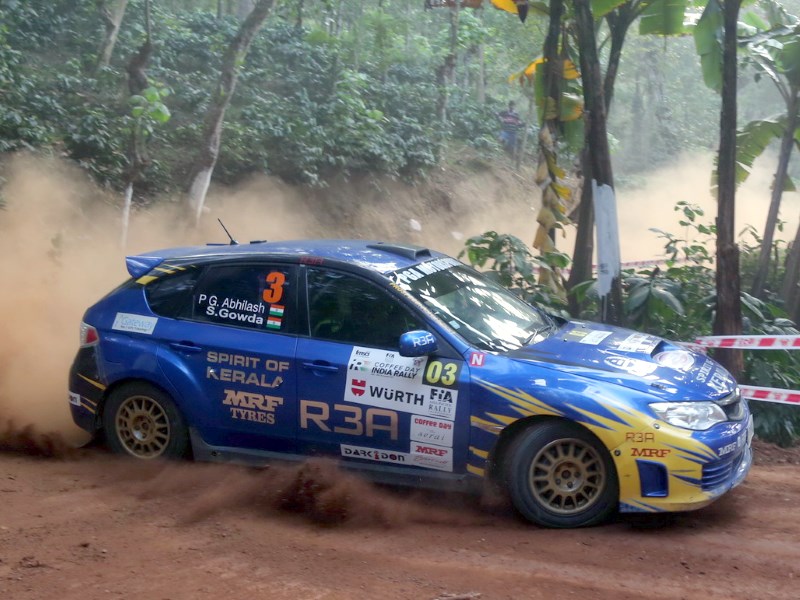 After a very promising start the New Zealand crew of Mike Young and Malcolm Read are out of the Coffee Day India Rally early after their 2WD Volkswagen Polo developed a fuel leak at the end of stage 5. At the time they were in 2nd place and with the team currently working on replacing the fuel tank, plan to restart tomorrow.

Benefitting from the mayhem in front is Indian driver PG Abilash. The Subaru driver started his APRC campaign in New Zealand and made a solid start to his championship finishing 5th overall, followed by 6th in Australia. Abilash’s focus all year has been on his home event and after day one he is sitting in 2nd, however only 4 minutes behind is Veiby who’s hoping to snatch his 2nd spot.

Day 2 comprises 4 stages and 64 kilometres with the finish back in Chikkamagaluru at 3.00pm.