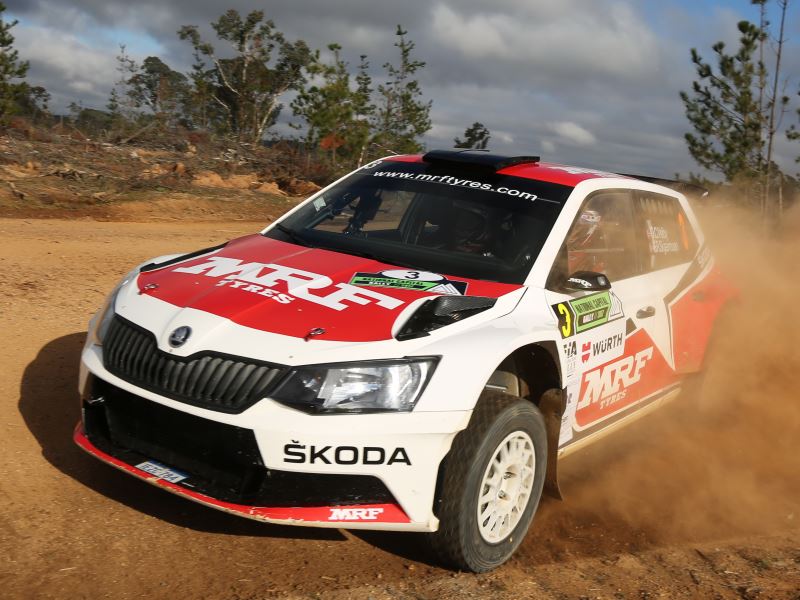 It has been a battle all day between the two Team MRF Skoda’s as day one of the National Capital Rally draws to a close with Norway’s Ole Christian Veiby leading Gaurav Gill from India by 11 seconds.

The teams will tackle the Todbinbilla forest tomorrow for the final day of round two of the FIA Asia-Pacific Rally Championships.

“I have to say today has been really good, I have enjoyed the day a lot it’s something special,” Veiby has said today. “We had our issues as well today, with a small puncture at the end of a stage but all is going well. The stages are different and not so fast tomorrow and a little bit different. It should work fine for us. We have made some adjustments for tomorrow.

“This rally has been a big fight with Gaurav and hopefully it will be our time tomorrow. We will have a good night’s sleep and prepare for tomorrow,” Veiby concluded.

“It’s been a short day but it has been really good, really fast stages I have loved the stages,” Gill said today. “We have had some small issues with our intercooler having a hole in it, we did lose some power. We have been trying to change the set up as well through the day.

“It’s been a great day and a great battle with Ole and Yari, tomorrow is another day and we will give it our best shot,” Gill concluded. 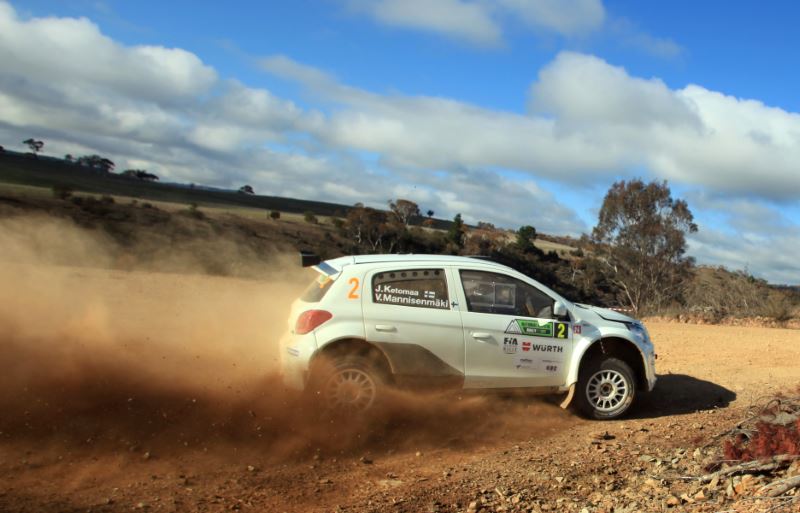 A leading retirement from the National Capital Rally was Japan’s Atsushi Masumura who got a puncture, then when he stopped to change the car fell off the jack. By the time they’d managed to repair the jack and get a spare tyre on the car he and co-driver Akiko Nakagawa were over time and out of the rally.

The crews have 121 kilometres of competitive stages on Day 2, before the finish ceremony located at Canberra International Airport.