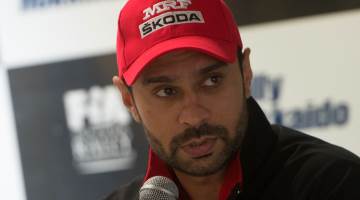 The fourth round of the Asia Pacific Rally Championship (APRC), Rally Hokkaido, is underway this evening in Obihiro, with every driver citing difficult road conditions due to a recent typhoon.

Current APRC drivers’ championship leader Gaurav Gill of India said he’s looking forward to the event although admits it will be a tough challenge due the conditions. “It’s a good feeling to be back in Japan,” Gill said. “This year we have some new stages to see and it’s quite rough because after the rains, the stages are very rough, so we’ll have to be very careful with the speed there.”

His Team MRF Skoda Fabia R5 has also undergone some changes ahead of the event, based in the northern-most island of Japan. “The car is completely different from the last rally in China. As I said it is very rough so we have to change the setup completely and make sure everything is safe.”

Meanwhile, Gill’s Team MRF team-mate and current second-placed championship driver Fabian Kreim of Germany is again looking forward to soaking up the experience of a new country and more unfamiliar conditions. “I think the stages are very nice here, lots of deep gravel and big rocks, but it is a new experience for us. We have to change our style from tarmac as we’ve had a lot of rallies in Europe since China,” said Kreim. 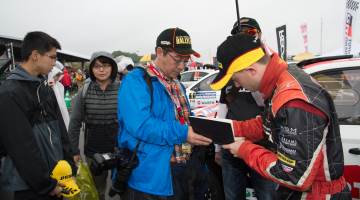 “We had some rough parts [of the road] in Australia, and here we have also rough parts but I think the Skoda will be very good in those sections.”

New Zealander Mike Young, who is competing in Hokkaido for the fifth time, is hoping to bring home a strong result for his Japanese Cusco team. “I’m feeling quietly confident ahead of this rally. It is the home of Cusco so I want to do a really good rally for them. Hopefully we can step up and increase our pace,” he said.

His Cusco EZY Racing Subaru Impreza has also undergone changes similar to the Team MRF Skoda’s, including an increase of the ride height because “it’s rough in some places”.

Young’s Cusco EZY Racing team-mate, Sanjay Takale of India, is also hoping for a good result on the fast, narrow roads in Hokkaido to secure a podium in the Asia Cup. “I would like to finish the rally. It’s very challenging I think, and the roads are a bit washed up, so it’s going to be hard on the car, so we have to save the car and at the same time drive fast also,” Takale said.

“But I think the most important thing is to write down the pace notes very correctly, where it’s dangerous and so on, so we can be fast and safe.” A bunch of local drivers are also set to take on the international crews, including front runners Hitoshi Takayama in a Subaru Impreza and Satoshi Imai in his Mitsubishi Evolution, who is joined by a New Zealand co-driver Jason Farmer. 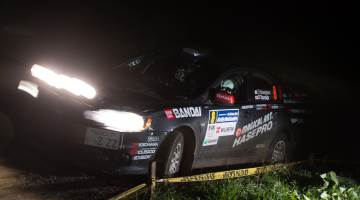 Yuya Sumiyama also makes a return to the APRC in a four-wheel-drive Cusco Toyota Vitz, currently under AP4 development, and based on his performance during initial testing, he seems to be comfortable with the car. This prototype makes it’s international debut at Rally Hokkaido and so far, is proving to be very popular with rally fans.

“This car is a development car and we plan to build an AP4 car in the future because there is a need in Japan for a car like this,” said Cusco president Tsutomo Nagase.

Seeded ninth, and also making a return to the APRC is Sri Lankan driver Dinesh Deheragoda behind the wheel of his Mitsubishi Evolution. “This is the third time I’m in Hokkaido and we had some mechanical problems the previous years, and now I’m more familiar with the stages. I hope the weather will be fine on the weekend so we can enjoy the rally and have a good finish on Sunday,” said Deheragoda.

With over 20 drivers registered in the international field, it is sure to be a tight fight until the last stage, with two days of competition across 220kms and 16 special stages. The rally will finish at approximately 17.40 local time on Sunday near Obihiro.