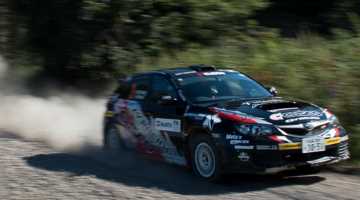 Cusco Racing, by far the most experienced Japanese rally team in the FIA Asia Pacific Rally Championship (APRC) will enter the series for a tenth season and will run Subaru Imprezas built in-house for their international drivers, Mike Young from New Zealand and Sanjay Takale from India.

The Cusco Racing team have won numerous FIA titles including the APRC’s Asia Cup four times, the APRC Production Cup three times and for the past two years have finished second overall in the driver’s championship with Young and co-driver Malcolm Read. 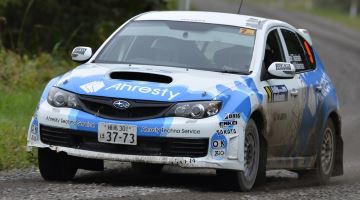 Looking to add to their international experience is the Ahresty Rally Team with driver Fuyuhiko Takahashi and co-driver Shigeru Ikeda entered in a Subaru Impreza GRB. Ahresty Corporation is a large manufacturer of automotive parts and their team has a long history in Japanese Rally Championship events. Lead driver Takahashi has taken part in Rally Japan five times and Rally Hokkaido eight times with his best result being 5th overall in last year’s Rally Hokkaido. Ahresty and Takahashi made their international debut in the International Rally of Queensland last year and head to Whangarei aiming to gain more international rally experience.

The Cherish Rally Team is returning to New Zealand after driver Makoto Kawahara enjoyed his first experience of Whangarei’s gravel roads. The Japanese driver successfully competed and finished 2013 Rally Whangarei with co-driver Sae Kitagawa and the Cherish Rally Team, managed by former APRC Champion Katsu Taguchi, a regular competitor on New Zealand roads. ‘Cherish’ is a team and rally shop owned by Taguchi’s father Seiichiro Taguchi who gained a large following of Kiwi rally fans while competing in the World Championship Rally of New Zealand in the eighties and nineties. 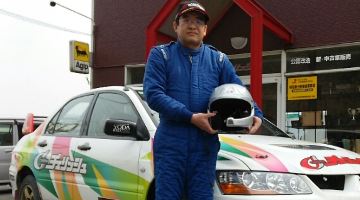 While neither Katsu nor Seiichiro Taguchi is able to be in New Zealand for the 2016 event, Kawahara will have the benefit of experienced co-driver Osamu Yoda to guide him. Kawahara will drive a Mitsubishi Lancer Evolution 9 carrying a colour scheme based on Peaches and Muscat grapes that his home region of Okayama in the southern part of Japan’s Honshu Island, is famous for.

Tatsuo Koizumi has also experienced the New Zealand roads, competing in the WRC Rally of New Zealand in the mid-nineties. Koizumi is the CEO of an electrical technology company called ‘Astronaut Co., Ltd’ and as a passionate rally fan decided on his return to the sport, to form his own team ‘Astronaut Rally Racing’. With fond memories of the New Zealand roads Koizumi has opted to enter International Rally of Whangarei in a Subaru Impreza GRB, prepared by Streetlife and coordinated by Prolinks.

Kouzumi’s co-driver for this event is Takumi Takahashi who competed in the 2013 Asia Pacific Rally Championship alongside Hiroshi Asakura, the pairing unfortunately experiencing a large crash in their Subaru Impreza at Rally Whangarei.

The four strong entry of Japanese Teams is warmly welcomed to the 2016 event by Willard Martin, Chairman of the International Rally of Whangarei organising committee. “New Zealand has enjoyed a long history of hosting Japanese competitors at our International events and we are delighted to welcome the four teams to Whangarei next month.”

The International Rally of Whangarei starts with an opening ceremony on the evening of 29th April on the Te Matau ā Pohe bridge followed by two days of competition, comprising over 275 km of fast gravel stages to the north and south of Whangarei.