The Ten Top drivers APRC TV programme can be viewed on-Line – here’s the story of 10th through to 5th place. 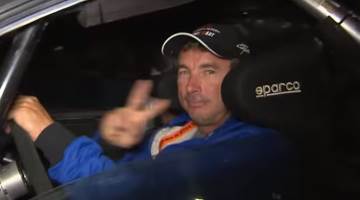 Before looking at Tidemand’s successful season here’s a run-down of the top drivers in the championship using the points from the Würth Cup, a new competition for 2015 and open to all competitors (registered or unregistered) who compete in the APRC section of each rally.

In this part we look at tenth through sixth and Equal tenth are two drivers from the Pacific, Eugene Creugnet from New Caledonia and Eli Evans from Australia, both with 20 points.

Creugnet entered his home event in a much used Mitsubishi Evo 9 and hounded the international drivers in their high powered Skoda S2000’s. Although he got as high as third spot at one point, Creugnet eventually had to settle for 4th overall after one of the stand-out drives of the event, especially given the age and power of the car. 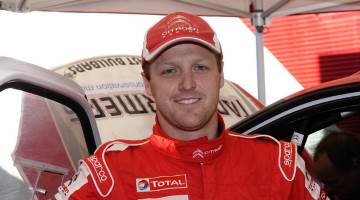 Evans 20 points came from a great result at his home event the International Rally of Queensland.

Pushing the limits and sometimes beyond, Evans had his Citroen DS3 into third place after two stages, but with only two-wheel drive not even Evan’s expertise could keep the faster turbo powered four-wheel drive cars at bay. Evan’s only conceded one place though finishing 4th place overall. 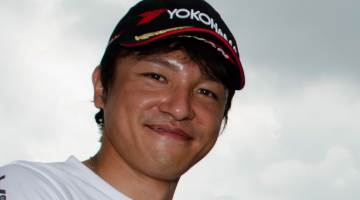 In ninth place was Genki Takeuchi from Japan who had a one-off run in the Malaysian Rally for the Cusco Racing Team. Takeuchi arrived into the heat and humidity of Malaysia with no international experience and after a cautious start, where he was just 7th after the first stage gradually increased his pace through the event to bring his Group N Subaru home in an excellent 4th place.

The Malaysian Rally was the debut event for some new high-powered Mitsubishi Lancers built by the Chinese Wan Yu Rally Team. The team had flown in former APRC champion Jussi Valimaki to drive the lead car, but when the Finnish driver went out early with turbo problems team owner and driver Fan Fan was there to take over the challenge. A regular in the Malaysian Rally Championship, Fan Fan used his knowledge of the weather conditions and stages through the Oil Palm Plantations to secure a podium place for the team, finishing third and 23 points in the Würth Rally Cup. 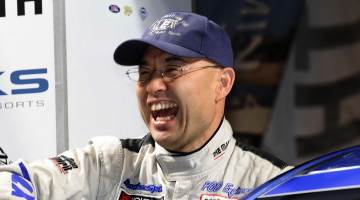 Atushi Masamura was the only non-registered drivers to tackle two Asia-Pacific Rally Championship events and he put himself on the board with four points in Australia, a country where the Japanese driver has done most of his international rallying. On his home event in Hokkaido Japan, when the rains came down on Day One, Masamura was in his element holding off the opposition as the conditions deteriorated, finishing the leg in 2nd. When the rain finally stopped on the last day, Masamura slipped from second to third overall but it was still enough to scoop 24 Wurth points and take him to 7th on the table. 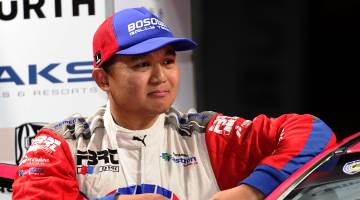 Indonesia’s Subhan Aksa has a lot of experience in the rally world including a couple of years in the World Rally Championship and while he only entered two events this year he scored big time in both rallies. Driving a Group N Mitsubishi prepared by Team Ralliart New Zealand, Aksa got his campaign off to a good start with 4th place on the fast roads in New Zealand, even though along the way he had some gearbox problems that prevented him from challenging for a podium place.

The next event for Aksa was Australia and like everyone he found the unpredictable conditions at Rally Queensland a real challenge. Starting 4th on Day 2 Aksa had fuel starvation problems and then fended off the hard charging Evans to finish Queensland in 3rd place and 6th in the Wurth Cup points.

Of all the drivers entered in the 2015 APRC New Caledonian Jean-Louis Leyraud was the most experienced starting his career over 40 years ago in a BMW 2002 and since then driven a huge variety of cars. No surprises then when Leyraud turned up at the first round in New Zealand with a Skoda Fabia S2000. 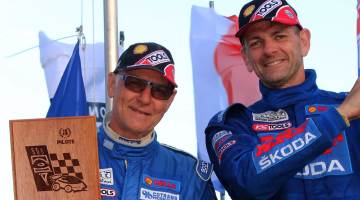 New Zealand went according to plan, Leyraud finishing in 5th place, the priority to learn the car in readiness for his home event in New Caledonia. Leyraud is a legend on the Pacific Island and with his years of experience has an intermit knowledge of the roads and conditions. Leyraud was in his element taking the fight to his MRF team-mates on the northern roads than can only be described as fast flowing roller-coasters.

In second place after the third stage, Leyraud had to give way to his MRF team-mates eventually finishing third and on the podium in front of his home crowd.

Next up for Leyraud was Rally Queensland, Australia and after two events in the Skoda and with increased competition, time to up the pace. Leyraud had a big moment near the end of day 1 when the Skoda landed heavily after one of the many big jumps, taking off the front left guard in the process, but no time lost. Leyraud wrapped up his APRC campaign with 5th place in Australia and used the opportunity to make a surprise announcement, “I’m going to retire, I can change my mind, but you have stop one day”.

Hitoshi Takayama and Gaurav Gill finished 4th and 3rd respectively, they are the next part of our review of 2015 APRC.