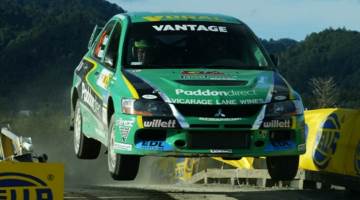 World class rallying will return to Northland, New Zealand in 2016 with the 10th annual running of the International Rally of Whangarei to be held from Friday 29th April to Sunday 1st May 2016.

The event will again play host to the opening round of the 2016 FIA Asia Pacific Rally championship, the six round series also visiting Australia, Malaysia, Japan, China and India, along with being the second round of the 2016 New Zealand Rally Championship.

The fast flowing Northland roads are widely regarded by drivers as among the best gravel roads in the world, having previously been used during the 1980’s, 90’s and 2000’s by the New Zealand round of the World Rally Championship, while 2016 marks the 10th annual running of a round of the FIA Asia Pacific Rally Championship in the region. 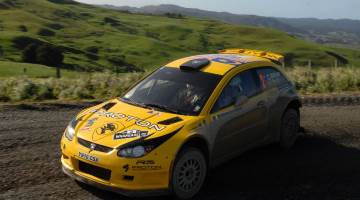 The 2016 edition of the rally will again feature two legs of competition spread over 16 special stages totalling 270 kilometres of competitive driving while The Toll Stadium in Whangarei will provide a new base for the event hosting Rally Headquarters and the overnight parc ferme.

A spectacular evening of action will start the event on Friday with the Rally Start and Super Special Stage in Central Whangarei providing great opportunities for fans to see the stars and cars up close. Cars will lineup for the rally start on the impressive ‘Te Matau ā Pohe’, or “The Fishhook of Pohe” bridge located alongside and over the Pohe Island Super Stage where they will tackle two runs over the 1.7kilometre gravel stage under lights.

Saturday’s competition heads north of Whangarei for eight special stages including the Helena Bay test that debuted at last year’s event, a challenge 14 kilometre stretch of gravel that winds inland from the coast. A further 6 special stages south of Whangarei await drivers on Sunday using a mix of new and old favourites, all featuring the distinctive fast flowing camber the area is famous for. 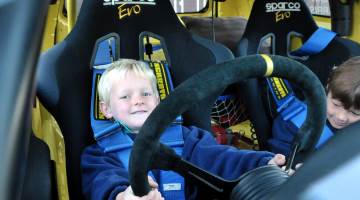 Event Sporting Director Willard Martin says the experienced Rally New Zealand organising team are aiming to include all the best elements of previous events. “The 2015 rally was a great success with top international drivers and our own Kiwi drivers creating a great spectacle. We had a new mix of special stages that challenged drivers and provided a number of excellent viewing locations for spectators and media all within a short distance of Whangarei along with the spectacular Friday night superstage. We will retain these elements with some tweaks to ensure another world class event for competitors.”

Organisers are expecting a high quality field with changes to vehicle eligibility for Asia Pacific Championship events providing an opportunity for more competitors including New Zealand’s best drivers to compete head to head with the international visitors for overall rally honours. 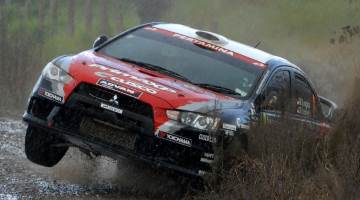 The International Rally of Whangarei has hosted many of the world’s best teams and drivers with recent visitors to the event including American Superstar Ken Block, Australian WRC driver Chris Atkinson (winner in 2011 & 2012), current Asia Pacific Rally Champion and 2015 winner Pontus Tidemand from Sweden, and New Zealand World Rally Championship driver Hayden Paddon, a three time winner of the event.