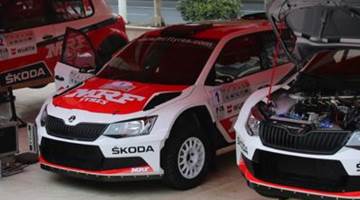 Newly crowned Asia-Pacific Rally Champion (APRC), Pontus Tideland, is in China this weekend for the final round of the 2015 APRC season, fresh from winning the WRC2 category in last weekend’s Rally of Spain.

The Swedish star, together with his Team MRF team-mate, Indian Gaurav Gill, are eager to complete the APRC season with six wins from their six starts in their Skodas.

For this event, Tidemand and co-driver, Axel Emilsson, will debut Skoda’s latest rally weapon, the Fabia R5, which has taken the World Rally Championship 2 category by storm this season. 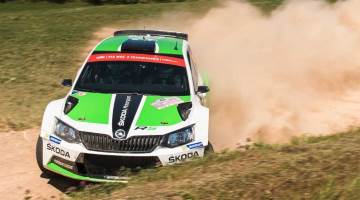 With recent experience in the car, Tidemand will attack the Chinese event full of confidence, despite not having competed in the rally before.

“The Fabia R5 is the successor to the Fabia Super 2000, a car that has been tremendously successful for Skoda, Team MRF and Race Torque,” team manager, Lane Heenan, said.

“China is one of Skoda’s biggest markets, with 25 per cent of the company’s total worldwide sales sold in China in September, so it’s important that the R5 makes its APRC debut on this event.

“We would have liked to have run an R5 for Gill as well, but he has not yet driven the car, and it would have been unfair to ask him to test the car during a rally.

“Because of this, he’ll drive the tried and tested Fabia S2000 – a car that he was won regularly in.”

Despite this being his first year in the APRC, Tidemand is aiming for his fifth win from six starts, and is naturally full of confidence.

“For every good result, you just want more and after the win in Spain, we feel strengthened and confident coming to the last APRC event,” he said.

“We technically do not need to chase maximum points as we have secured the title already, but it will be great fun to drive the R5 for the first time in this part of the world. 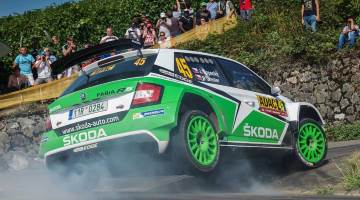 “Since China is SKODA’s biggest market, we want to present both the car and ourselves in the best way possible, so there is no other option than to give it our all. It feels like we have preserved the pace from Spain and we also got good practice on mixed surface, so I hope that can be to our advantage.”

Gill and his Australian co-driver, Glenn Macneall, led the Chinese event in 2014 and looked set for victory, but ultimately retired from the rally. However, their experience could prove vital as they push for their second victory of the season.

China has been a part of the APRC since 1997 and Rally China Longyou has been on the calendar every year since 2006. Longyou is a county in the Zhejiang province in eastern China, located about 400 km from the country’s largest city, Shanghai.

The event offers 13 special stages totalling 230km and the road surface is a mixture of gravel and concrete, which is a big challenge for drivers as well as teams and puts high demands on the cars’ set-up in order to be as well adjusted to the changing road characters as possible.

Rally China Longyou starts with a super special stage on Friday and the following two days contain six stages each, before the finish on Sunday afternoon.