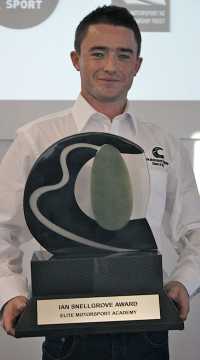 Selected from 40 applicants, eight of New Zealand’s most promising motorsport talents attended the seven-day academy based in Dunedin, where they were trained and tested across a wide range of physical and mental skills. Sessions included sponsorship, media management, nutrition and team building – all skills required for high-performance sports.

Winning the Academy means Michael, who is currently based in Perth, is the recipient of the Ian Snellgrove Award, established by the MotorSport New Zealand Scholarship Trust in memory of the late Ian Snellgrove who was the driving force behind the academy’s establishment.

“I’m really honoured to win 2015 Elite Motorsport Sport Academy, it was a big surprise when they called out my name”, said a very happy Young. “It was a huge week and I can’t thank Motorsport New Zealand, the trustees and the trainers enough! It was amazing experience and there’s so much all of us can put into our motorsport programmes and preparation”.

In a first for the academy, Young’s co-driver Malcolm Read was also in the group of final eight, “That was a great part of the week too, although in this situation Malcolm and I were competing against each other! We both got a lot from the session on ‘nutrition and hydration’ as these are really important for events that we do in the APRC (Asia Pacific Rally Championship)”. 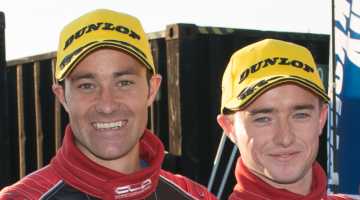 “The heat chamber was also really helpful, especially for rallies like Malaysia where we go next month, as we sat for one-hour at 42 degrees, 60 per cent humidity, with two layers driver-suits, helmet, balaclavas and a strope test at same time. Now that was certainly an experience to remember!”

Young and Read follow in the footsteps of other successful New Zealanders such as World Rally Championship driver Hayden Paddon and GP2 contenders Mitch Evans and Richie Stanaway. Le Mans winner Earl Bamber and runner-up Brendon Hartley also graduated from the academy in the past, as did V8 supercar driver Shane van Gisbergen.

Each graduate also leaves the Academy with a personalized programme and ongoing support from the experts. MotorSport NZ’s general manager Brian Budd commented, “It’s been a long hard week for the Academy participants, I’m sure one they will never forget.”

“Now in its twelfth year, the Academy is spot on with what it offers our young competitors. Each year I think these guys surprise themselves when they discover where their strengths and weaknesses lie. Our congratulations go to Michael for winning this year’s Academy.”

Young and Read are competing in this year’s FIA Asia Pacific Rally Championship with the Japanese based Cusco EZY Racing team driving a Group N Subaru Impreza. With podium finishes in New Zealand and Australia, they head to Asia next month for events in Malaysia (August), Japan (September), China (November) and India (December).