The APRC regulars will have some extra competition from Malaysia Rally onwards as competitors line-up to compete for the APRC Asia Cup.

With the Pacific Cup secured by Sweden’s Pontus Tidemand after victory at Australia’s Rally Queensland, attention now shifts to the Asian equivalent with seven of the regions top drivers and co-drivers registered for the four round competition that starts with Malaysia, then heads to Japan, followed by China and a new APRC event in India. 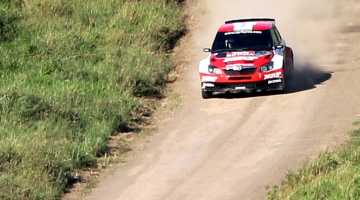 While most competitors have registered to score points at all four rounds, they can only count their best three and this might help India’s Gaurav Gill. Driving an MRF Skoda Fabia, Gill is an obvious favorite but his team has not registered him for Asia Cup points at his home rally in India and he will have to score maximum points at
the other three events.

China’s Fan Fan is another entered in three events only, unable to score points at his home event the China Rally due to some odd CRC regulations.

Registered for all four events is the 2013 Asia Cup winner Mike Young from New Zealand entered in a Cusco EZY Racing Subaru Impreza, along with Cusco Subaru team-mate Sanjay Takale from India. 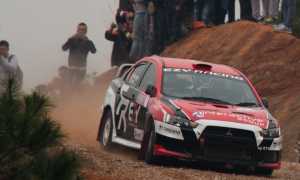 All drivers are automatically entered in the FIA Asia-Pacific Rally Cup powered by Würth, where drivers can accumulate points on all seven APRC rounds and currently lead by Tidemand with a 34 point advantage on team-mate Gill. For the latest points information click here.