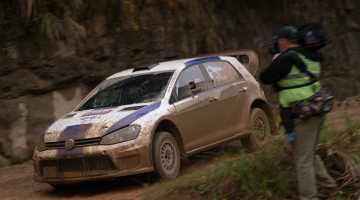 The FIA Asia Pacific Rally Championship and Würth have reinforced their partnership with a new competition to be known as the FIA Asia-Pacific Rally Cup powered by Würth, an award for all competitors entered in the international event in each country.

All registered FIA APRC drivers in all categories (Full Championship, Pacific and Asia Cup, One-off Team entries, Juniors etc) and local drivers that enter the International event in their country, have the opportunity to win prize-money, earn points and get extra TV coverage in this new competition.

The FIA Asia-Pacific Rally Cup powered by Würth will comprise all seven events in the 2015 championship, with India being the finale where the overall winner will receive a trophy and prize money will be awarded to 1st, 2nd and 3rd place.

“Given that all competitors in the international events have APRC-Würth logos on their cars and they’re all eligible to receive the Würth product kits before the rally, we felt it was a natural progression to be part a competition that will give extra incentive to competitor’s right across the seven countries where the APRC takes place. In addition to the chance of winning the overall prize package, each round winner will be presented with prize money on the finish podium, second and third place getters receiving a premium Würth tool kit.”, said Andreas List, Business Director at Würth International Trading (Shanghai) Co,. Ltd. 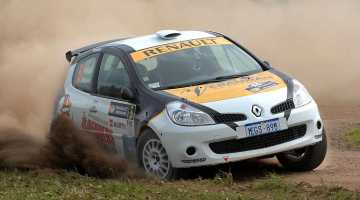 APRC President Steven Kennedy is equally enthusiastic, “The Asia-Pacific Rally Cup will not diminish the status of the FIA APRC competitions, rather enhance the level of the events where the APRC events are taking place and for the first time it will link all competitors in all the international APRC events, into one competition. This is a great initiative from Würth for the event organisers and the competitors”.

An additional benefit for national drivers is the FIA Asia-Pacific Rally Cup powered by Würth will be included in the APRC’s global TV and media coverage, “Its good news for our TV coverage as there’s often local star drivers like Japan’s Toshi Arai and Karamjit Singh in Malaysia who take on the international drivers and are usually in with a chance to win outright – and often do. Now we can legitimately include these drivers in our programmes, adding at the same time a whole new dimension to the championship”, said APRC TV producer Brian Young.

The 2015 FIA Asia Pacific Rally Championship will get underway with the first event, the International Rally of Whangarei in New Zealand on 17 – 19th April. France’s South Pacific island of New Caledonia is the next round, followed a month later by a visit to the Sunshine Coast of Queensland, Australia. Malaysia is the first of the Asian rounds in August, and then comes the most northern event on Hokkaido, Japan, followed by the China Rally southeast of Shanghai. India joins the APRC this year as the final round of the Würth Asia Pacific Rally Championship Drivers Cup and FIA Asia Cup with the Coffee Day Rally in December.