India’s Gaurav Gill returns to defend his 2014 International Rally of Whangarei win and heads a multi-national line-up that will contest the region’s roads from 17 to 19 April.

Covering 282.2km of Northland’s gravel roads broken in to 16 competitive ‘special stage’ tests, the entire event has been re-mapped.

Starting and finishing in Whangarei the action begins on Friday night. From 4:45pm there is a driver signing session at Te Matau ā Pohe (the bridge adjacent to Pohe Island). That is followed at 6pm with a ceremonial start before the first of two competitive Hella Super Special tests at the William Fraser Memorial Park at Pohe Island, for the cars and their crew.

Saturday’s eight stages use four sections of road, first in the morning and then repeated in the afternoon.

Departing Whangarei’s Quayside town basin from 6:55am the crews head north. Using roads grouped either side of State Highway 1 near Maromaku, the first two (Maromaku 17.31km with one spectator point and Towai 27.28km, with two spectator points) feature sections used last year with some parts reversed. The next stage, Tapuhi (17.22km, with a further two spectator points) has changes to the start and finish.

Wrapping up each run is the 14.82km ‘Helena’ stage – a new addition to the event. Starting just inland of Helena Bay and the $50 million retreat of Alexander Abramov it has a distinct style. Two-time New Zealand Rally Champion Neil Allport expects it will catch a few.

“If you blink you might find yourself off it,” says Allport, offering sage advice to the drivers.

“It is a well-used piece of road with a hard base and good gravel surface. What is unique is the way it changes style – it is like three stages in one. The start is in keeping with what competitors will see in previous stages, and then it gets in to tight gnarly and switchback corners with steep cambers. Toward the finish it opens out and is very fast.

“My summing up: pay attention.”

Following a second service break back at the Whangarei Quayside town basin the cars are parked for the night ahead of Sunday’s 7:25am departure.

A further six stages use three groups of road, used once in the morning and again in the afternoon. Now traditional to the event, the day starts with the familiar Waipu roads of Springfield (28.51km), which has three spectator points, Waiotira (16.56km) with two spectator points and the Otuhi (18.15km) stage – to the north of the Tangihua forest, with a further two spectator points. Each test varies from past editions of the event.

After the second run the cars and crew return to the Whangarei Quayside town basin for the 3pm ceremonial finish.
Along with the celebratory national anthem of the winning team the top-three finishers are further recognised by their nation’s flag being shown adjacent to the winners’ dais. 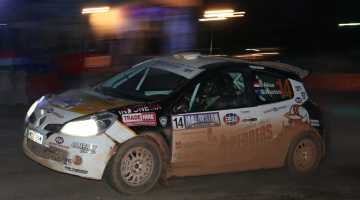 Integrated in to the event is a national category for those contesting the New Zealand Rally Championship and club classes.

Spectating at the rally start, finish and Quayside town basin service areas are free with access to rural viewing points costing just $10 per adult per day and $15 for the spectacular Hella Pohe Island Super Special Stage on Friday evening 17th April. Children under the age of 15 are free with a paying adult and paddock parking is available at some locations for a gold coin donation.

A share of all spectator ticket revenue goes to the local community groups that help run the spectator viewing areas. A rally map is available free to download from the spectator info section of the www.rallywhangarei.co.nz website, or it can be collected from rally headquarters at Quayside town basin (from 15th April). It illustrates prime spectating areas with detailed timings. Spectators are reminded to follow the instructions of marshals and ensure they stand well clear of the road’s edge – and be inside the taped off viewing areas.