The first round of the 2015 Asia Pacific Rally Championship (APRC) has been won by Swedish driver Pontus Tidemand, on what was his first outing in the APRC behind the wheel of his Team MRF Skoda Fabia S2000 at the International Rally of Whangarei held this weekend in Northland. 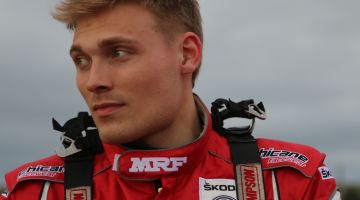 Despite competing on the fast flowing New Zealand roads for the first time, Tidemand took the rally lead after the first stage on Friday and kept the lead over the entire weekend, extending his lead to over five minutes in the process.

Tidemand said: “It is just fantastic [the result], and for the team it is first and second so it couldn’t be a better start you know. And early in the season it’s always good to have a good start because it makes the season [APRC Championship] much easier to win. New Caledonia [Round 2, APRC] will be completely new for me like this one [Rally Whangarei] so it will be a good experience. 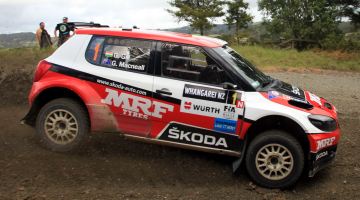 “I’ve enjoyed it [Rally Whangarei] so much and my co-driver Emil [Axelsson] has done a fantastic job, the team was great and the car was working really well… I hope I can come back here to drive again.”

His Team MRF Skoda team-mate and 2013 APRC Champion Guarav Gill of India, fought back later on second day to finish in second by a mere 1.9 seconds after fixing handling issues in his car, clawing back over 40 seconds in just three stages to do so.

Gill said: “We had a great battle with Mike [Young] at the end. He drove really well considering it was his first time around in the four-wheel-drive car, and of course the New Zealand roads are a real pleasure to drive on. “We had some dramas but we got it sorted today and I was up to speed. Although in the last stage I was a little nervous because we had a lot of rain and I had no clue whether he [Young] had some rain or not, so I pushed a little harder.” 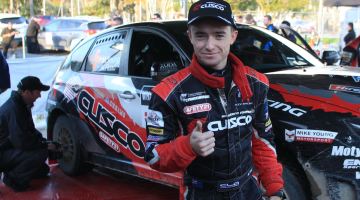 Rounding out the podium was local driver Michael Young, who not only kept Gill honest throughout the day but also enjoyed considerable success in his Cusco Racing Subaru Impreza GRB despite competing in a four-wheel-drive car for the first time this weekend.

“We are really happy [with third]. We had a few moments in the last stage otherwise I think we could have had him [Gill]. Apart from that I’ve adjusted really well to the four-wheel-drive and Cusco have given me another great car,” Young said.

Young also had the added pressure of being second on the road today, a totally new experience for the 22 year-old, but he said it was a valuable learning experience and in some ways, suited his driving style, particularly when the roads were damp. 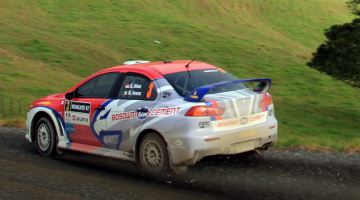 Weather also played a crucial role at the International Rally of Whangarei, with conditions changing several times throughout the weekend, from torrential downpours to beautifully clear and sunny skies. Subhan Aska from Indonesia finished fourth in his Mitsubishi Evolution after losing time to a broken gearbox yesterday, meaning he slipped down the leader board after earlier battling with Young on day one.

Aska said: “During the last few stages I was basically just trying to make it through because we were miles behind the guys in the top three, and quite far from the guy behind us. So you know, I wasn’t very happy with the result but it’s my first time back in the APRC and I’m looking forward to the new rallies.” 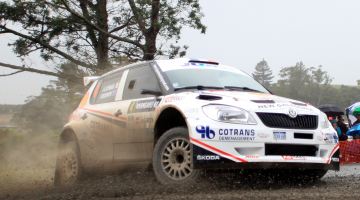 New Caledonia driver, Jean-Louis Leyraud was rewarded with a top five finish in his brand new Skoda Fabia S2000 following a steady and consistent drive, even though he had a spin during the first stage of day two. Mitsuhiro Aoki finished in sixth in his Mitsubishi Evolution and said he really enjoyed the New Zealand roads, although they were often slippery for the Japanese driver.

Rina Ito re-joined the rally in her Mazda Demio today where she instantly got “back in the groove” to set top times across all of the stages today after she was forced to retire yesterday following a crash. To keep up to date with APRC news, follow us on Facebook or Twitter or see our website.