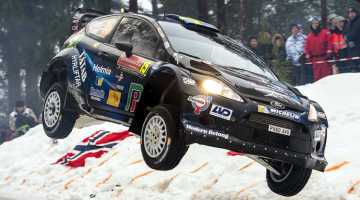 ŠKODA Motorsport has pulled off a spectacular coup with the signing of exceptionally talented rally driver Pontus Tidemand (Sweden).

The former Junior World Rally Champion will drive a ŠKODA in the FIA Asia-Pacific Rally Championship (APRC). Tidemand and co-driver Emil Axelsson (Sweden) will make their debut for the ŠKODA works team at the opening round of the APRC in New Zealand from 17th to 19th April.

“Our team already boasts the Asia-Pacific champion Jan Kopecký and European champion Esapekka Lappi, who have performed impressively in recent years. To ensure we are even better positioned to succeed in the future, we have now added another very talented duo, in the form of Pontus Tidemand and Emil Axelsson,” said ŠKODA Motorsport Director Michal Hrabánek.

24-year-old Tidemand has already emphatically demonstrated his ability over the course of his still fledgling career. After success on the karting scene, he was crowned the youngest ever Swedish Rally Champion in 2011. In 2013 he claimed the title of Junior World Rally Champion, before catching the eye with a number of spectacular outings in the FIA World Rallycross Championship and WRC 2 last year. Tidemand and navigator Emil Axelsson (who competed in the 2012 APRC as co-driver for PG Andersson) tasted success on numerous occasions, including a class victory at the ADAC Rally Germany. 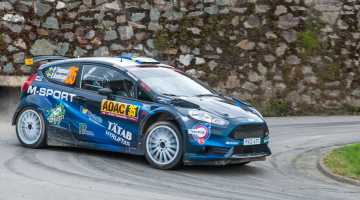 In signing for ŠKODA Motorsport, Tidemand is now taking the next step on the career ladder. “I am looking forward to the new challenge. I am proud that my name is now on the list of ŠKODA drivers – at one of the most successful manufacturers in rallying,” said Tidemand.

“We will do our utmost to be in contention for podiums and victories as soon as possible,” said experienced co-driver Axelsson (31). The duo already has experience with ŠKODA rally cars: in 2014, they won the Rally Finnskog in Norway in a Fabia Super 2000. They now line up at the opening round of the APRC in New Zealand in the very same model of car.

“We firmly believe in the extraordinary qualities of Pontus Tidemand and Emil Axelsson,” said Hrabánek: “We plan to have our team running the new ŠKODA Fabia R 5 in the APRC by the end of the year – after all, the season finale takes place in our most important market, China.”