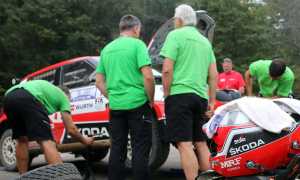 ŠKODA continues its relentless pursuit of the title in the FIA Asia-Pacific Rally Championship (APRC) at the Rally Hokkaido. Championship leader Jan Kopecký (CZ) and defending champion Gaurav Gill (IND) head to the penultimate round of the season, in Japan from Friday to Sunday, on the back of four wins from the first four races. This weekend, the works-assisted ŠKODA MRF team can wrap up the Manufacturers’ Championship in the APRC with one rally still to come.

“As a team, our main goal is obviously to successfully defend the title for ŠKODA. That is what we are focussing on,” said Kopecký. ŠKODA currently has a 67-point lead over the second-placed manufacturer. Should that advantage still be at least 40 points at the end of the Rally Hokkaido, the team will be assured of first place. At the same time, however, Kopecký is also battling his team-mate Gill for the Drivers’ title in the APRC. 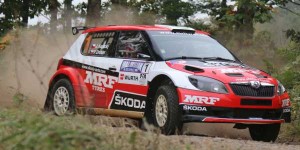 Both ŠKODA drivers have two wins to their name in the APRC this season: India’s Gill and his co-driver Glenn Macneall (NZ) triumphed most recently in Malaysia and at the opening race in New Zealand. European champion Kopecký and co-driver Pavel Dresler (CZ), in their first season in the APRC, were unbeatable at the rallies in New Caledonia and Australia. The 32-year-old ŠKODA works driver goes into the Rally Hokkaido with an eight-point lead over Gill at the top of the Drivers’ Championship.

“It will be another great battle. Gaurav has the advantage of knowing most of the special stages in Japan from last year. But I will obviously fight hard,” said Kopecký. The land of the rising sun is certainly not unknown territory for the Czech automobile manufacturer – neither now nor in the past. ŠKODA’s predecessor Laurin & Klement was selling cars in Japan between 1908 and 1914. One model was even presented to the imperial family, while the mayor of Tokyo drove another. Fast forward a century, and Gaurav Gill/Glenn Macneall won the only international rally in Japan on the way to winning the continental championship last year. 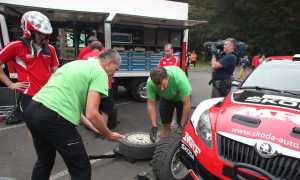 “It goes without saying that I would like to win here again this year. That would be a big step towards defending my Drivers’ title. However, that will not be easy, as Jan Kopecký is a quick learner at rallies that are new to him,” said Gill, praising his fellow ŠKODA driver. The competitors at the Rally Hokkaido must tackle 18 special stages and 222.28 kilometres against the clock. There is huge spectator interest: 68,000 fans were counted out on the route for ŠKODA’s triumph last year.

The starts in the APRC are of great importance to the Czech automobile manufacturer. The goal is to further raise the awareness of the brand in international markets – particularly ŠKODA’s largest market, China, where the finale of the APRC season takes place in November.

Did you know that: