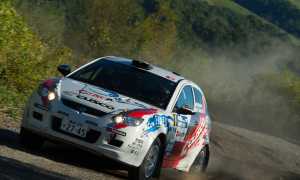 Rally Hokkaido has always been a pivotal event in the Asia-Pacific championship and it’s no different this year with the drivers’ title race still wide open. Czech driver Jan Kopecký may lead on 112 points, but only by a mere eight points from his MRF Skoda team-mate Gaurav Gill. The Indian driver and 2013 APRC champion is hoping his experience of the unique Hokkaido roads will allow him to bridge the points gap.

“The strategy is going to be absolutely flat out from the word go in Japan,” said Gill. “That’s going to be a sort of decider for us. It will either make it or break it.”

Koepecky was quietly confident after Malaysia even though he did have a DNF “If you can make good (pace) notes like we did in Malaysia it’s possible to make up the difference. But the next two events in Japan and China are all very different”, said Kopecky.

Behind the leading duo, several other drivers are still in with a chance for the championship, especially with 39 points on offer for each of the remaining two driver’s title events in Japan and China.

Mark Pedder is third in the points but is not entered in Hokkaido and could lose his place to Skoda China driver Jun Xu and New Zealander Mike Young – who are equal fourth with 67 drivers points. Xu in an S2000 Skoda should easily beat Young in his 2WD 1600cc Proton but then it’s the kiwi’s fourth time in Hokkaido, while it will be Xu’s first. With 6th place Tom Wilde not entered in the Japan round it will be India’s Sanjay Takale’s opportunity to leap frog the Australian who is currently just one point in front on 45 points. 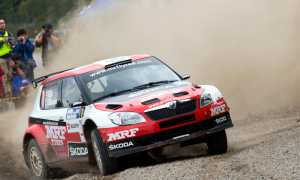 There will be an intense battle for the APRC’s Asia Cup too, currently led by Gill on 39 points with Japanese driver Yuya Sumiyama just 10 points and entered a Cusco Subaru Impreza. Xu holds third while Takale is next in line to add to his points total.

Takale’s Subaru needed a complete set of new panels after his roll over in Malaysia, while another requiring repairs prior to the start is EZY Racing’s Mitsubishi Lancer. Sri Lankan driver Dinesh Deheragoda hit an Oil Palm tree on Day 1 in Malaysia, but still managed to get the car home 6th in the Asia Cup.

After suffering painful back problems in Malaysia, Tomehide Hasegawa will be hoping for a better run on his home event, while Kohei Izuno returns will a repaired Suzuki after a multiple end for end crash in Malaysia.

Hokkaido will see the debut of the new Cusco Subaru WRC Sti to be driven by former APRC competitor Hiroshi Yanagisawa and veteran co-driver Yoshimasa Nakahara. The car has had very little testing on gravel, so hopefully it gets some decent mileage.

Rally Hokkaido starts this Friday from the city of Obihiro, with a ceremonial start and a one kilometre Satsunai Super Special, followed by 222 kilometres of stages on Saturday and Sunday.