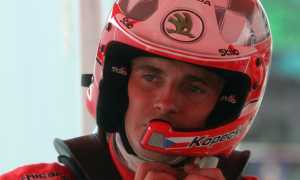 Gaurav Gill took a dominant victory in Rally Hokkaido last year, and will be hoping for a similar result.

Team MRF are back in action this weekend for round five of the FIA Asia-Pacific Rally Championship in Japan.

Kopecky retired his Skoda Fabia S2000 at the previous event in Malaysia, and while his team-mate, and the 2013 APRC champion, is chasing hard, the Czech driver remains confident of victory. 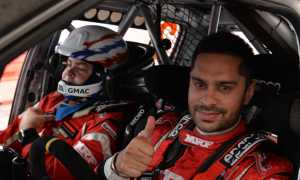 “If you can make good pacenotes like we did in Malaysia, it’s possible to make up the difference. But the next two events in Japan and China are all very different,” Kopecky said.

Gill, meanwhile, has nothing to lose and needs a victory to get his title defence back on track.

“The strategy is going to be absolutely flat out from the word go in Japan,” he said.

“That’s going to be a sort of decider for us. It will either make it or break it.”

Team MRF boss, Lane Heenan, said that while it was pleasing that his team drivers were running one and two in the championship standings, the margin was a little close for comfort.

“It’s great that both drivers are in the running, but with only eight points between them heading into this event we know that they’ll both be pushing really hard to win.

This year’s Rally Hokkaido stages are similar to those in 2013, with 18 special stages totalling 222 kilometres.

The lush vegetation is one of the features of the Japanese rally – the stages are fast and narrow, and pacenotes have to be accurately written as the grass and bushes by the side of the road can often be covering some deep ditches and hidden obstacles.

Starting on Friday from the city of Obihiro, with a ceremonial start and a one kilometre Satsunai Super Special, the majority of the rally runs on Saturday and Sunday.

Weather conditions for the event are likely to be warm, although the weather bureau has predicted the chance of a typhoon on Thursday, which would certainly spice up road conditions.