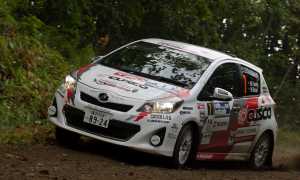 New Zealander Michael Young secured the two-wheel-drive Asia Pacific Rally Championship (APRC) and junior cup titles with a round to spare after dominating the class at Rally Hokkaido in Japan over the weekend.

The 20 year old led the two-wheel-drive class and junior cup from the first stage but drove steadily to ensure a finish this year after failing to finish Rally Hokkaido for the previous two years.

“I finally finished Rally Hokkaido, third time lucky. It can’t get much better than this really. Even though it tried to stop me right at the end, nothing was going to stop me from finishing this time so I’m pretty happy.”

A potentially rally ending rock found its way into Young’s path in the penultimate stage, which Young could not avoid. The Cusco TRD Toyota Vitz suffered a puncture, forcing Young and Kiwi co-driver Malcolm Read, to change the tyre in only four minutes, just prior to the last stage of the event. 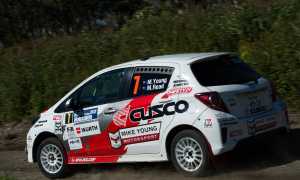 “There was a massive rock right in the [racing] line where I just couldn’t avoid it, the road was too narrow. I’m pretty sure Malcolm [Read, co-driver] felt it from what he said so I guess we got lucky that it didn’t do any more damage.”

Young’s APRC two-wheel-drive championship success comes after an excellent year in the Cusco TRD Toyota Vitz which saw the team also take their first APRC overall round win in Malaysia little over a month ago.

The Junior Cup, a class introduced to encourage young drivers to compete in the APRC with added benefits, was also tied up by Young over the weekend.

Even with one round in China to go, Young’s main rival, Hiroshi Asakura, cannot take the two-wheel-drive title from Young as the point’s gap between the two is too large. 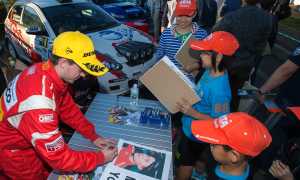 “It’s just awesome. I had a great team behind me this weekend and their support meant I could finally achieve my goals this year which were to win the two-wheel-drive championship, and the junior cup,” said Young.

“Having my sponsors at the event helped too. Cusco, TRD and Dunlop were all there to support me and it certainly made a huge difference to have them all there.”

Japanese rally fans also flocked to support the Toyota driver due to his backing from multiple Japanese companies.

“The fans are great too. They are always so happy to meet you and I’m sure we could have been signing autographs all day if they’d [organisers] let us,” laughed Young. 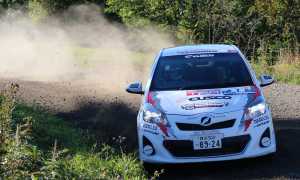 The next round for Young and co-driver Read is Rally Thailand, set to be held on 7-8 December, north of Bangkok.

This event is the final round of the Asia Cup series where Young sits in second place, equal with Yuya Sumiyama, last year’s Asia Cup winner, 22 points behind leader Shuhei Muta.

Young also sits third in the APRC drivers’ championship standings, with only one round to go in China, where Young is unlikely to compete.