In a spirited drive, Finland’s Heikki Kovalainen and co-driver Sae Kitagawa got their Skoda Fabia R5 to the finish ahead of their rivals at the weekend’s Montre Rally, the second round of the FIA Asia Pacific Rally Championship (APRC).

An all-tarmac event centred on the Gunma Safari Park in Tomioka City, central Japan, used repeat groups of roads over the weekend 11-12 June 2022.

Setting fastest time in the opening test of the 10 stage rally, Kovalainen estimated a puncture in the second stage cost them one competitive minute. That put the Cusco Toyota C-HR of Mike Young and Amy Hudson in the spotlight until brake issues on the third stage took the edge off their progress.

It was an even bigger challenge for the Citroen C3 team of Satoshi Imai and Fuyu Takahashi, when their car failed to start on the Saturday morning, eliminating them from the overall results. 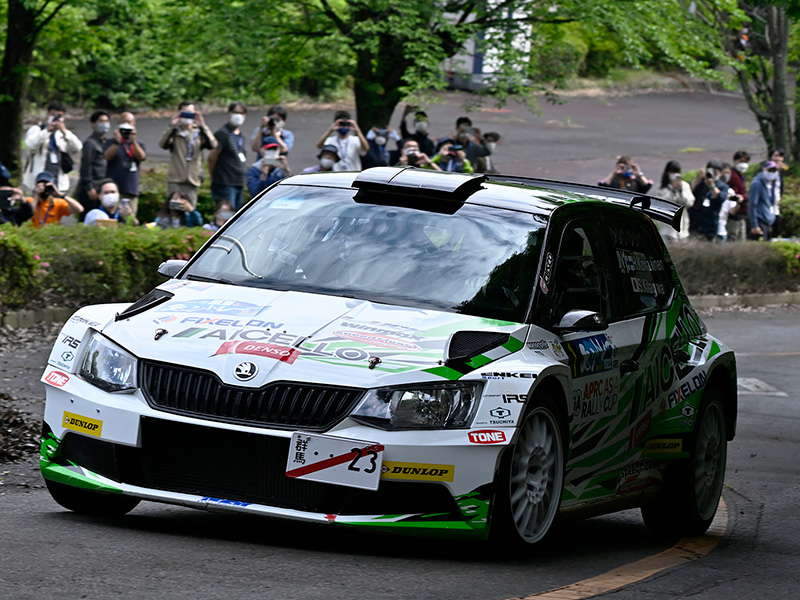 Dominating the results on the Sunday, the now Japan based Kovalainen stretched his overnight lead of 3 min 25sec to 5min 06sec over New Zealand based Young by the time the teams returned to the ceremonial finish. In third was the second Cusco team car of Yasushi Aoyama and Noriko Takeshita (Subaru).

“I feel very happy. My rally career is still young so it’s another step forward for me,” said Kovalainen a past Formula One and Super GT competitor.

“Some tough stages and I’m happy I got through. The last stage is the only stage that was dry, Saturday was a little bit damp and wet, and also this morning is little bit wet. But the last stage was almost fully dry, and I really enjoyed and pushed more.”

For Young, who had the added challenge of a new co-driver, was accepting of the result: “It was very difficult, a lot of new things this weekend like the car, tyres, and brakes. The driving styles are completely different between gravel and tarmac, so it was a learning weekend. Second in Asia Cup class is good for me,” he said.

Equally, for Yasushi Aoyama the result was heartly welcomed: “I went into the rally with only a small amount of testing for this weekend, so it’s a relief to get a run in first and I’m honoured to be awarded along with two guys like Heikki and Michael,” said the Aichi based driver.

The next and third round of the FIA Asia Pacific Rally Championship will return to Indonesia, for the Danau Toba Rally, 23-25 September 2022.