A podium for 3rd place in the APRC’s Asia Cup was some consolation for Young and Read, plus it was their Cusco team- mate Suguru Kawana driving a Citreon DS3 who won the category.

“This sport can be cruel at times and very rewarding, unfortunately this event it was cruel. After having a healthy 30 second lead we suffered two broken suspension arms, one at the front and rear. Without Malcolm (Read) we wouldn’t have finished, both times he was some how able to fix the car get us back to service and the Cusco mechanics did an amazing job making the car new again”.

“Today we went out and drove hard all day winning most of the stages, but couldn’t make up the time to the leaders. Congratulations to Kawana-san who won the Asia Cup round and Konishi who won overall”.

Several stages were cancelled as the weather and road conditions deteriorated with huge rocks and ruts to negotiate.

“Some of the roughest roads I’ve seen. Today was good, we won every gravel stages so it’s positive for the team.” 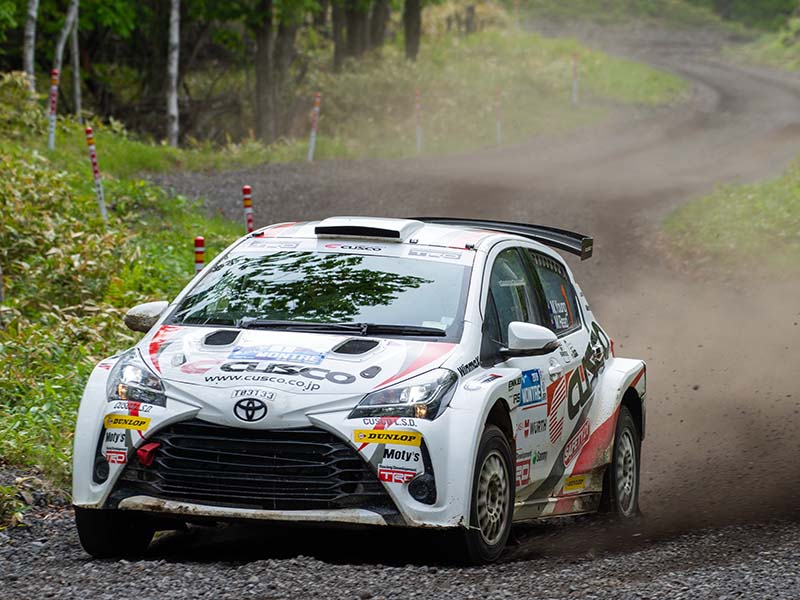 My next rally in Japan will be Yokote, which has a lot of tarmac and I am looking forward to that. And then we will compete in September’s APRC Rally Hokkaido followed by the China Rally finale”.