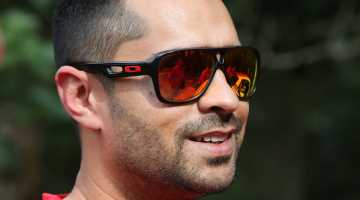 Local hero Gaurav Gill may have already won the FIA Asia Pacific Rally Championship’s drivers title for 2016 but he badly wants to win his home event in India in front of his home crowd and to make it a clean sweep of wins for the year.

The Coffee Day India Rally will take place this weekend 3-5th December in the coffee plantations near Chikmagalur, in the southern state of Karnataka.

The final round of the season will be a special occasion for Gill as thousands of home fans will be there to celebrate the latest championship win for the national rally hero. He will also celebrate his 35th birthday on 2nd December, the day of the opening ceremony at the Rally India. 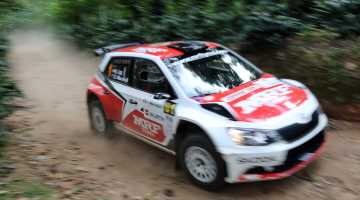 “I am really looking forward to my home event,” says Gaurav Gill. “I can approach the rally in a relaxed fashion as I have already wrapped up the title. However, I obviously want to put on a perfect show for my fans.”

Seventeen special stages over a total of 225.42 kilometres are scheduled for the three days of rallying and it will be a new experience for the second MRF ŠKODA driver Fabian Kreim, who will end his first APRC season in India as runner-up.

“I want to learn as much as possible as the season comes to an end, and make it a bit more difficult for Gaurav to win. Second place in the overall APRC standings is a great achievement for me and I hope I can help my co-driver Frank Christian claim the title,” says the German rally champion Fabian Kreim. Christian has scored 138 points in the Co-Drivers’ championship and is still within striking distance of Glenn Macneall (153), the regular co-driver for Gaurav Gill. 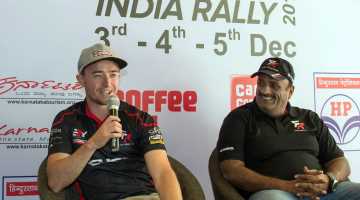 Pune based Sanjay Takale is hoping to finish his APRC season off in the best possible way with a top finish at his home event.

After his best-ever result in the recent Malaysian Rally where he finished 2nd in APRC and was the out-right winner of the Malaysian Rally Championship round, Takale is looking to the India Rally to further consolidate his position in the overall championship.

“I am very excited to be rallying in India. I can’t wait to show everyone the car, the team, and to also show all the other APRC competitors what a fantastic place India is. It will be a great event I’m sure,” he said.

This weekend Takale has his eye on the FIA Production Cup, a category where he is currently 2nd overall and only 13 points off the class leader, his CUSCO EZY Racing team-mate Mike Young.

For Young, it’s the first time in India for the 23-year old from New Zealand and he’s looking forward to the challenge ‘We’ve done a lot of events together as team-mates so it’s nice to be in Sanjay’s home country. It’s a totally new event, new roads and terrain for me but we have a good car and good team so let’s see’, said Young before the start.

Yuya Sumiyama in the third Cusco Subaru has won the APRC Asia Cup twice before, but like Young has never rallied in India before. The Japanese driver comes off a high though, third overall in Malaysia and looking to improve that spot here in India.