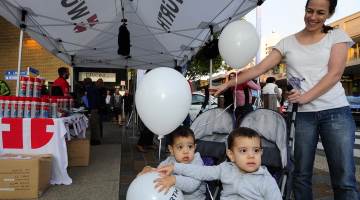 An evening of fast cars and stars and free family fun will flag away the 2016 International Rally of Queensland in spectacular style at Maroochydore on Friday 17 June.

Plenty of great prizes will be available to win, including a weekend stay at a Mantra Resort, passes to The Ginger Factory, Australia Zoo and Aussie World and free return airport transfers with Con-x-ion to Brisbane or Sunshine Coast Airports.

Organisers have planned a family-friendly event, with something to entertain all ages.

After a colourful Welcome to Country ceremony conducted by Lyndon Davis representing traditional custodians the Gubbi Gubbi people, the highlight of the night presented by radio Sea FM will be the flagging-off of the rally cars, one-by-one across a starting ramp.

The Ceremonial Start will send crews and cars on their way to a challenging weekend of world-class rally competition on 240 kilometres of forestry roads in the Mary Valley.