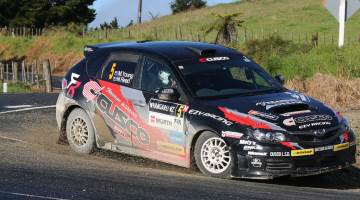 16 Special Stages over 275 kilometres on what are widely regarded as the World’s best gravel rally roads await competitors in the 2016 International Rally of Whangarei.

The fast cambered roads of the north will host for the tenth consecutive year the opening round of the 2016 FIA Asia Pacific Rally championship, the six round series also visiting Australia, Malaysia, Japan, China and India. The event is also the second round of the 2016 Brian Green Property Group New Zealand Rally Championship.

“We’ve got a great mix of the iconic Northland roads from past World Championship Rally New Zealand events, along with the new roads to the North of Whangarei we’ve recently introduced to the itinerary which competitors have really enjoyed” stated event director Willard Martin.

The competition will start in central Whangarei on Friday evening with the Hella Pohe Island Superspecial Stage at Pohe Island. Competitors will tackle two runs over the 1.25 kilometre spectator stage under lights providing a spectacular evening of rally action to kick-start the event.

Leg one continues on Saturday heading north of Whangarei for eight special stages and 154 kilometres, revisiting some of the new roads used in last year’s event that proved popular with competitors and spectators. Easy access and multiple prime spectator viewing positions are available on the Maromaku, Towai and Ruapekapeka tests, ranging from 16 to 27 kilometres in length. The 14 kilometre Helena Bay test starting on the Northern Coastline before heading up and over a twisting hillclimb and narrow ridge line will be the feature test of the day also doubling as the Power Stage for the National Championship crews. Lunchtime service at the new Central Service Park in Whangarei at the Toll Stadium is followed by a repeat afternoon loop of these signature Northland tests. 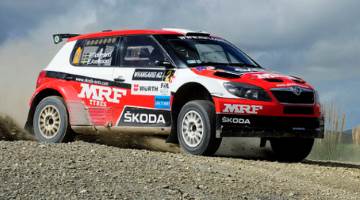 Leg two on Sunday heads south and west of Whangarei, beginning with the demanding Springfield test, 29 kilometres of roller coaster gravel roads ending on Ruarangi Road. Followed by stages at Waiotira and Tangihua, Sundays competition takes in former roads from the World Championship Rally New Zealand events, holding a lot of history and also the fast cambered sections famous of the Northland region. A repeat of this loop after a visit to the Central Service Park completes Sundays 121 kilometres of stages before the ceremonial finish and customary spraying of the champagne on the podium back in Whangarei.

“We receive fantastic support from the city and residents of Whangarei and Far North districts which enables New Zealand to host a round of the Asia Pacific Rally Championship on these wonderful roads. Time and time again international drivers rate the experience of competing on the Whagnarei stages as among the absolute best in the world,” commented Martin.

The International Rally of Whangarei has hosted many of the world’s best teams and drivers with recent visitors to the event including American Superstar Ken Block, Australian WRC driver Chris Atkinson (winner in 2011 & 2012), current Asia Pacific Rally Champion and 2015 winner Pontus Tidemand from Sweden, and New Zealand World Rally Championship driver Hayden Paddon, a three time winner of the event.