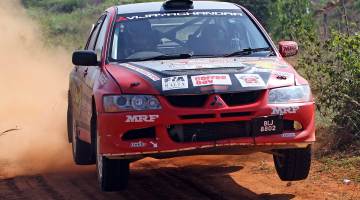 Lohitt Urs and his co-driver Shrikanth Gowda expectedly won the title in the FIA Asia Cup category besides emerging National champions even as Gaurav Gill (co-driver Musa Sherif) took the Overall crown in the Coffee Day India Rally which concluded on Sunday in Chikkamagaluru, India.

Mysorean Urs, driving the Mitsubishi Evo VIII, destroyed the Asia Cup field with relative ease despite encountering set-up problems on Saturday which cost him some time.

Having registered for the FMSCI Indian Rally Championship, Urs collected sufficient points to win the national title despite finishing Overall second behind Gill who ended an otherwise wretched season on a high.

“I am obviously delighted to win the Asia Cup and the National championship. We had some problems with the car early on, but we managed to set things right,” said Urs. 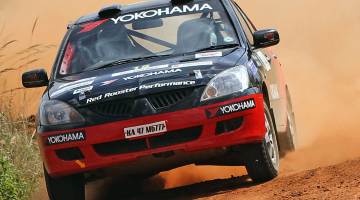 Reflecting on his performance, Gill, who scored the second win of the IRC season, said: “It has not been the best of seasons for me with so many non-finishes. I am of course disappointed to lose my national title, but feel good to finish the season on a high. We lost some 40 seconds yesterday due to mechanical problems. However, we managed to put it all behind us and win here.”

For Team Yokohama, it was a double delight as Bengaluru pair of Rahul Kanthraj and his co-driver Vivek Bhatt came out on top in the IRC 2000 class and also sealed the championship in their category, as did Karna Kadur (co-driver Vivek Ponnusamy) in the IRC 1600 category. 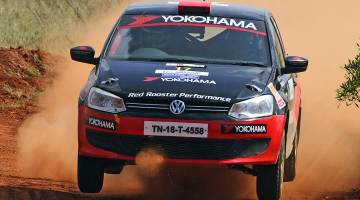 While it was smooth sailing for Kanthraj who thus completed a clean sweep by winning all the four IRC rounds, Kadur was a bit lucky as overnight leader Dean Mascarenhas (Shanmuga SN) was docked a one-minute penalty for early check-in at a Time Control and thus finished second.

Also, IRC 1600 championship leader Dr Bikku Babu retired on Saturday and it paved the way for Kadur’s triumph. “Not the way I wanted to win the championship with Dr Babu retiring and Dean getting a penalty which helped me. But, it is nice to win considering that we had issues with the car through the weekend,” said Kadur.

The three-day event, which was also a contender for a round of the 2016 Asia Pacific Rally Championship, was supported by Karnataka Toursim and Indian Oil.