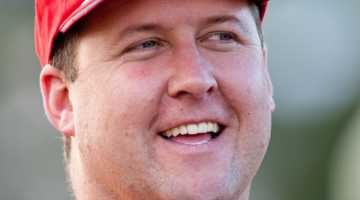 Five times New Zealand Rally Champions Richard and Sara Mason are set to end their 2015 Rally Season on a high as they head off shore to take on some of the world’s best drivers and teams on the gravel and concrete roads of Longyou, China at the end of this month.

The Masterton based duo have been contracted to drive for the Chinese Wan Yu Rally Team in round 6 of the FIA Asia Pacific Championship (APRC) based in the town of Longyou, not far from Shanghai. Richard will be taking the wheel from Finnish rally star Jussi Valimaki who competed for the team at Rally Malaysia earlier this year and Patrick Sandell, their contracted driver for Rally Japan.

The Masons will not be without experience however, as they drove in the Chinese Rally Championship in the 2005 and 2006 seasons for the GITi Rally Team accumulating 11 rally starts over varying surfaces.

Richard and Sara, fresh from competing at their home event Rally Wairarapa last weekend are looking forward to the challenge of competing overseas against tough competition. 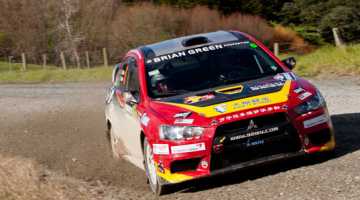 Having been a contracted driver for the Wan Yu team at APRC Rally Whangarei in 2011 where they finished 3rd, the pair already have first hand experience of the team’s ability to provide a good competitive package.

“Sara and I have won so many events in New Zealand, and with the loss of a major sponsor for the 2015 New Zealand Rally Championship, we instead decided to turn our attention to overseas and focus on gaining more experience internationally.

“When he found out we were available, Wan Yu team owner Fan Fan was very excited at the prospect of having us drive for him now that our calendar is fairly wide open” Richard said.

The pair have only a couple of weeks to prepare as they head off for testing and pre event activities in less than three weeks’ time, with the event on at the end of this month, over the weekend of 31st October – 1st November.