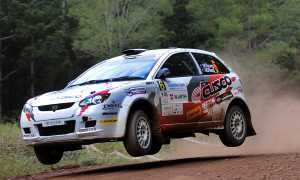 New Zealand rally driver, Michael Young, had a successful weekend at the International Rally of Queensland, doubling as the third round of the Asia Pacific Rally Championship (APRC), where he stuck to his promise of securing points for his championship campaign.

The 21-year-old from Opotiki finished the rally in fifth, securing second in both the Production Cup and Two-wheel-drive Cup categories along with winning the Junior Cup class in his Cusco Racing Proton Satria Neo.

Young said: “It was a really successful weekend for us here in Australia. We stuck to our game plan and that was to finish the rally and bank good points for the championship. The Cusco Racing Proton also ran faultlessly all weekend which is a real credit to the team for giving me another great car, yet again.

“Malcolm also did a fantastic job in the co-driver’s seat. In fact, our biggest problem was a few cows and a small off on day one, so overall a pretty good weekend.” 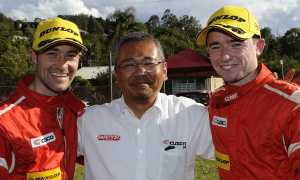 Navigating the sometimes slippery, yet fast roads was often a challenge for the duo but they came away unscathed to maintain their Production Cup and Two-wheel-drive Cup championship leading over Australian drivers Mark Pedder and Tom Wilde respectively.

“To keep our championship lead after this event is awesome because we always knew trying to beat Mark [Pedder] and Tom [Wilde] at their home event was going to be tough. They’ve done this rally heaps of times in the past and know it really well but we didn’t let that get to us,” said Young. 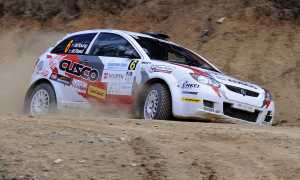 “I love the Malaysian Rally. It’s tricky and it’s almost like the rally of attrition in some ways but it’s always a good challenge. Mark [Pedder] has never competed in Malaysia before so hopefully that helps us out a little too,” added Young.

The next event on Young’s calendar is the CRC Speedshow in Auckland on July 19-20. Young lines up as part of the Kiwi Young Guns display with 19 other motorsport competitors excelling in their chosen motorsport field around the world.