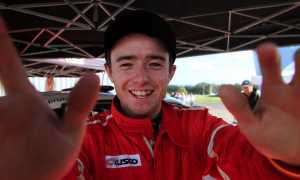 Kiwi rally driver, Michael Young, is gearing up to tackle his third International Rally of Queensland and maintain his strong championship position at the third round of the 2014 Asia Pacific Rally Championship (APRC), held this weekend around the Sunshine Coast city of Caloundra.

Young currently sits third in the overall APRC drivers’ championship however he leads the Production Cup, the Two-wheel-drive Cup and the Junior Cup, and says he wants a solid points haul to keep his lead.

“I am now comfortable driving the Cusco Proton so I am really looking forward to the rally. Obviously our aim is to finish well within the points to keep our lead but that is easier said than done of course, especially here in Australia,” explained Young.

“The roads here are very fast and require a lot of commitment along with solid pace-notes to make sure you get it right. I’m fortunate enough to have Malcolm [Read] co-driving for me again at this event as we’ve been working together on refining our notes and getting them accurate. 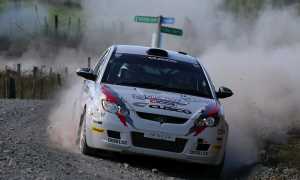 “Plus there are a few new stages in Queensland this year, which makes it fair for everyone, although there is one stage that I will take it easy on after our crash here last year. It’s something that is in the back of my mind but I have to try and forget about it.”

Despite the new stages and warnings of tricky sections, Young also admits the roads seem to suit his driving style which is a big advantage considering he has to keep ahead of two Australian drivers who have done this event numerous times throughout their career.

Young is 21 points ahead of local driver Mark Pedder in the Production Cup and leads Two-wheel-drive Cup rival Tom Wilde by 22 points in the respective classes. 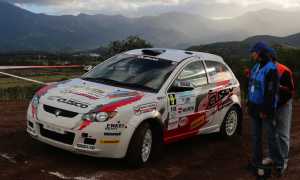 While Young feels confident ahead of this weekend, his Cusco Racing team have been working hard since New Caledonia to repair damage caused by treacherous conditions there and also ensuring the Cusco Racing Proton Satira Neo is correctly set up for the different conditions in Australia.

“Our Cusco Racing team has been working incredibly hard and replacing a lot of components underneath the car to make sure we’re good to go this weekend. They’ve also refreshed the gearbox and I can’t thank them enough for all of their hard work,” says Young.

The International Rally of Queensland starts with a free street party on Friday night at Caloundra’s Kings Beach Park, before crews tackle 236.97 kilometres over 16 closed special stages. The rally is based out of Caloundra with the service park in the small rural town of Imbil.