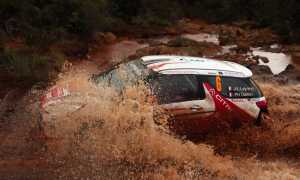 The second round of the Asia Pacific Rally Championship (APRC) is set to get under way tomorrow on the tropical island of New Caledonia, where current championship leader, Gaurav Gill, is one of the few drivers who has experience on the challenging island roads.

With the roads around rally-base Noumea described as tricky, slippery, and potentially championship-damaging, Gill in his Team MRF Skoda Fabia S2000 and countryman Sanjay Takale are at an instant advantage, with other championship contenders only competing at this rally for the first time.

Gill says: “there is a good feeling with the car right now and that’s important, as I haven’t driven the car since New Zealand. But here the roads are really rough so you’re always trying to push harder, and find the perfect grip, every corner is different here so it’s a really unique rally. I’m looking forward to the weekend now.” 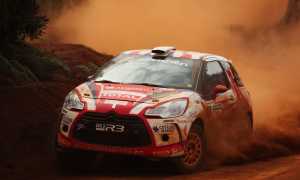 Takale, in a Cusco Racing Subaru Impreza, echoes Gill’s thoughts but adds the roads are more suited to his driving style.

“I think they [the roads] are better than last year. Some improvements like new fences in places and the roads have been rolled smooth. Other than some patchy grass in the first stage, the rest looks the same. So the roads suit my style and it’s been a lucky place for me in the past,” said Takale.

Meanwhile, APRC newcomer and current European Rally Champion, Jan Kopecky, heads to the island for the first time in his Team MRF Skoda S2000 but says he’s looking forward to the new challenge ahead of him.

Kopecky says: “I’m very happy to be here, the country is very nice. I think the stages will be more difficult to go through [than New Zealand] and I think it’s a matter of surviving. I have to say, it’s completely different to Europe.”

“It’s more a less, not about fighting, it’s more about surviving. Sometimes I think we’ll just be spectating in the car you know, we’ll just be going where the car wants to go in these very slippy conditions.”

Joining Kopecký as New Caledonia rookies, are Australian drivers; Mark Pedder and Tom Wilde, along with Kiwi driver, Michael Young, who are gearing up to go head-to-head again in New Caledonia but with Young vowing to take the gentle, consistent approach.

“It’s going to be quite tough for everyone as there’s not a lot of room for error. If you go slightly too wide, its either a tree, a hole or a rock to hit, so the notes are about driving tidy. While the roads are quite dry and grippy with the road tyres on at the moment, they’ve been rolled and are very hard and smooth. That means if it gets wet, the top layer of the road will be really slippery,” explained Young piloting his Cusco Racing Proton Satria Neo.

The Rallye New Caledonia will be held over a total distance of nearly 700 kilometres, of which 235km of that is competitive. Competitors will tackle 17 stages, the longest being the 17.10km ‘Paita’ test, which will be run three times. The rally is run north of the city of Noumea, with road conditions traditionally proving challenging, particularly if the weather is wet.