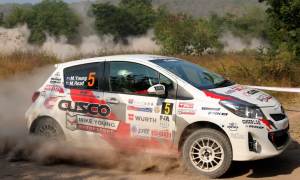 New Zealanders Mike Young and Malcolm Read are the 2013 Asia Cup champions, after the kiwi pair drove their Cusco Toyota Vitz to victory on the very tough Thailand Rally.

Young came close to retirement on this stage too, when a rock wedged itself in one the Toyota’s rear wheels. Crossing the finish-line on three wheels, co-driver Read did road-side repairs to keep them in the event. 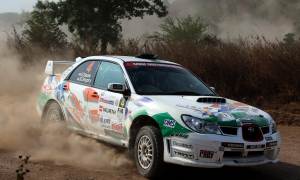 On day 2 Yuya Sumiyma held a big lead and it was looking like he would be Asia Cup champion for a second year, when on stage 8 he too retired , clutch failure ending the Japanese drivers event. On the same stage fellow Japanese driver Tomohide Hasegawa in a Mitsubishi, retired with fuel pump problems.

Indian driver Sanjay Takale then held the APRC lead, only to retire on the very last test, stage 13 with gearbox issues.

With Sumiyama and Takale out of the event, APRC victory went to third placed Young, capping off a hugely successful year in the Asia Pacific Rally Championship for the twenty year-old New Zealander with three international titles – the FIA Junior Cup, the FIA two-wheel drive Cup and finally the FIA Asia Cup. 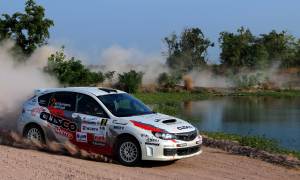 “Its unbelievable, at the start of this week I never even thought about being Asia Cup champion but its been such a crazy event, up and down and we’ve ended up on top. The events so tough on the cars, its hot, dusty and rough, its all about who makes it to the finish – thanks to Cusco, Toyota and Dunlop for making it happen”, said Young at final service.

Thailand Rally is the final APRC event for 2013, with the series kicking off again in 2014 with New Zealand’s Rally Whangarei in April.