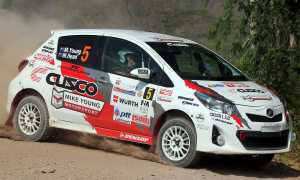 Exciting new rules first proposed by the APRC Working Group and now approved by the FIA will allow a greater range of cars to compete in the Asia Pacific Rally Championship.

Any car that complies with the JAF (Japanese Automobile Federation) RJ and CAMS (Confederation of Australian Motor Sport Ltd) G2 regulations is eligible to compete in the APRC without the need for detailed homologation documents.

The JAF RJ rules allow a wide range of production cars to be used with minimal modifications, whereas the CAMS G2 regulations will allow two-wheel drive cars to be built similar to FIA R3 specifications, without having to go through an extensive homologation process.

Another enhancement to the APRC for 2014 is a new Teams Award option where, if a team nominates to enter a car in 6 APRC events they can, have a different driver/co-driver for events – and each driver/co-driver will score points in the Championship. 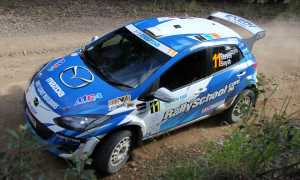 Peter Macneall from APRC Executive said “This is good news for the championship, especially opening up the range of competition cars that can compete. The JAF RJ cars are very standard, less than Group N, however it means cars like the Toyota 86 & Subaru BRZ are eligible as well as models from Mazda, Nissan and Suzuki. We have been working with the FIA on this for the past 12 months and they have now recognised that the Regional Championships need more freedoms in order to attract competitors”.

“For competitors who want cars with more development and power the CAMS G2 regulations will allow teams to build cars equivalent to FIA R3. An example could be the Toyota Yaris (Vitz) that won the APRC 2WD category in 2013 could now be built into a fully-fledged R3 equivalent”.

“The changes to the Team Award, allows a team to run a second or third car for customer drivers. There are many competitors who want to compete in APRC events, but not the full season. This way they can compete in part of the championship and still score some drivers points”, said Macneall.

Cars already approved for any other FIA Regional Championship will remain eligible for the APRC. This may include vehicles such as the maxi cars already locally homologated in Argentina and the VW Polo R2 from South Africa.

More modified cars such as the Maxi cars currently being built in New Zealand will be still be required to go through the homologation process with their National Sport Association.

The opening round in 2014 is the Rally Whangarei, New Zealand 12-13 April, followed by seven rounds in seven countries including New Caledonia, Australia, Indian, Malaysia, Japan, China and Thailand.

In all cases the cars will need to meet the FIA Safety requirements.