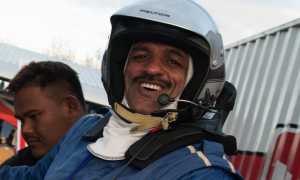 Indian rally driver, Sanjay Takale, has taken out the Production Cup title, a class in the Asia Pacific Rally Championship, at the penultimate round in Japan held over the weekend, despite an up and down season.

Takale, who made a strong start to his 2013 APRC campaign after finishing the first three rounds with solid results, held in New Zealand, New Caledonia and Australia, ensured he was far enough ahead in the points to win the Production Cup title with a round to spare.

Despite not finishing at the previous round of the APRC in Malaysia, all Takale had to do was finish Rally Hokkaido after his previous results, including two podium places, meant his commanding lead could no longer be caught by his rivals.

“We came here to finish because it was very important for us to win the Production Cup,” said Takale. “This is the second time I’ve won a title in the Asia Pacific Championship so of course I’m very happy. Last time I won in a different class but the feeling is the same.”

“Japan is also a very good country. The crowd was great with so many rally fans and it was very beautiful. I really enjoyed it and hope to come back.” 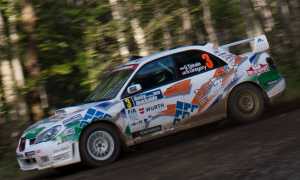 Takale and his MRU Motorsports team now shift their focus to the final round of the Asia Cup championship, where Takale vows to go flat out.

“We will try and be fast in Thailand. We have nothing to lose at the Thailand Rally so we’ll be going for it trying to win the Asia Cup.”

“Here in Japan we were conservative, just trying to finish. But in Thailand, we can go hard for sure.”

Heading into the final round of the Asia Cup, Takale and co-driver Sean Gregory sit in sixth place, only 23 points off a podium result.

Takale would also like to extend his congratulations to his countryman, Gaurav Gill, who has done enough to win the 2013 APRC drivers title. “I am proud of Gaurav [Gill] for winning the APRC. It was a good weekend for India.”

Heading into the final round in Japan, Takale sits second in the drivers’ overall APRC championship only 13.5 points behind championship leader, Gaurav Gill but with Takale opting out of China, he cannot move any further up the leaderboard.

Takale’s next event is the Thailand Rally, which doubles as the final round of the Asia Cup championship, set to be held on December 07-08, 2013.